With the Wallabies kicking off after an Owen Farrell penalty, Banks climbed high to win the aerial contest but landed awkwardly on his arm and was in serious pain at Optus Stadium.

The 28-year-old was immediately withdrawn from the field of play in another blow for Australia after veteran flyhalf Quade Cooper picked up a calf injury in the warm up. 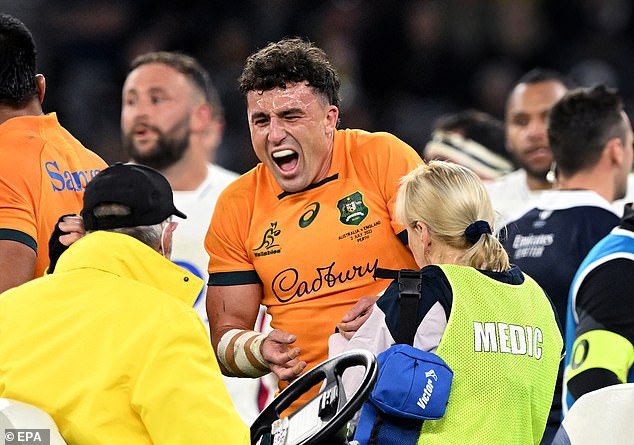 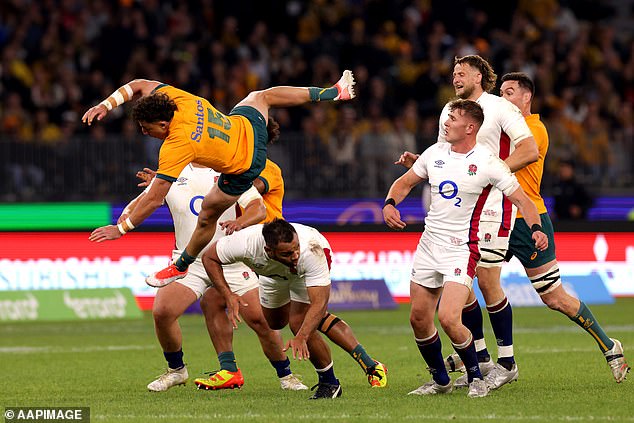 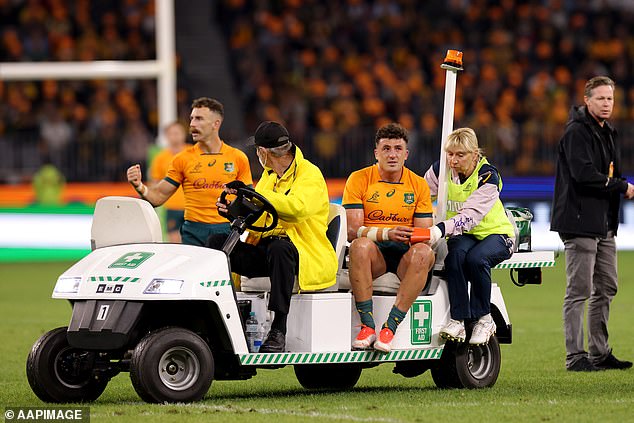 Bidding to avenge their 3-0 hammering to Eddie Jones’s side back in 2016, all eyes were on Cooper’s match up with England young gun Marcus Smith ahead of the first Test at Optus Stadium.

However, the 34-year-old picked up a knock in the warm up in Perth in a significant blow to the Wallabies, with Dave Rennie calling on Noah Lolesio to replace the veteran fly half.

A distraught Cooper was seen in the sheds as the game kicked off, with close friend Sonny Bill WIlliams consoling the Australian while he was away from commentary duties with broadcaster Stan Sports.

The tourists are looking to extend their perfect record over the Wallabies under coach Jones, with the Red Roses winning all eight of their contests against Australia since the no-nonsense boss took over after the 2015 World Cup.

However, England enter this contest in mixed form, having been on the receiving end of a heavy defeat by the Barbarians in a concerning sign with the 2023 World Cup around the corner. 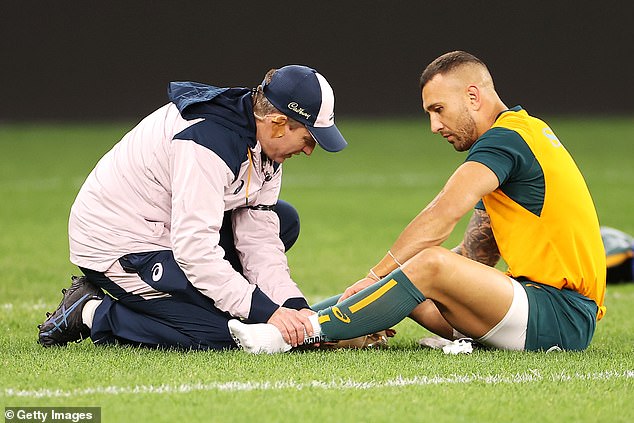 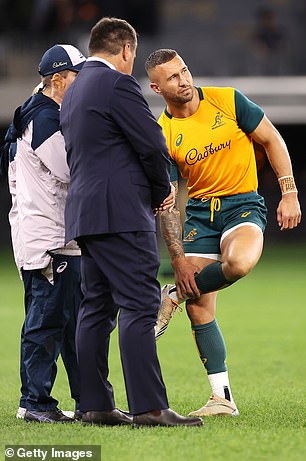 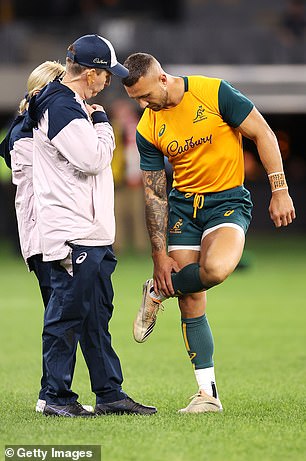 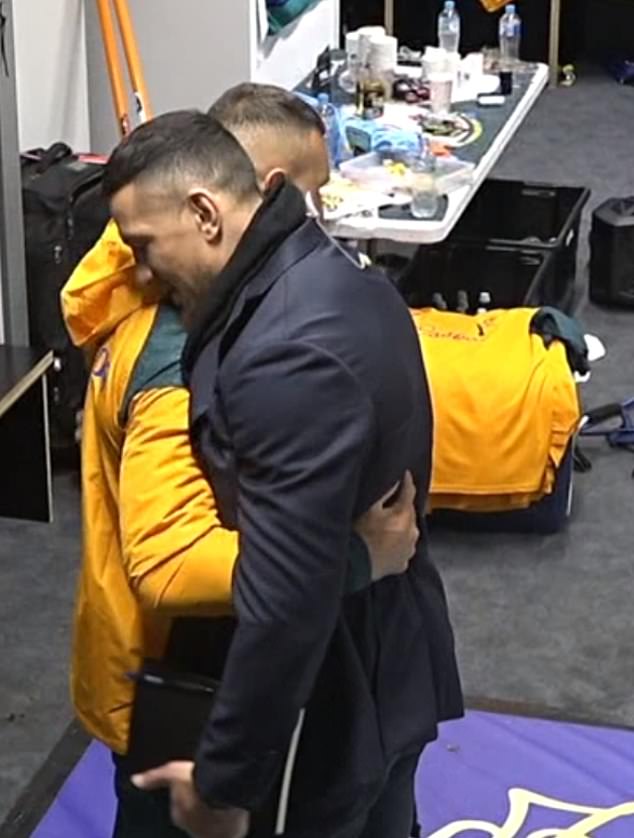