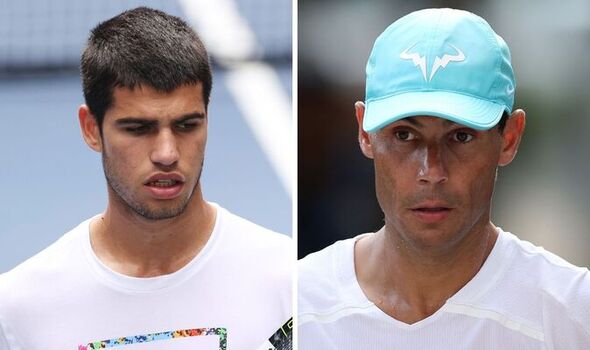 Carlos Alcaraz may well go on to win 15 Grand Slam tournaments, according to Mats Wilander, but the Spaniard has been told he must first follow guidance from Rafael Nadal. Alcaraz is still just 19 years of age but is already seen as one of the best players on the ATP Tour.

He’s up to a career-high ranking of fourth in the world having reached both finals at the German and Croatia Open. Alcaraz also impressed at last year’s US Open in his first appearance at Flushing Meadows, reaching the quarter-finals before pulling out of his match against Felix Auger-Aliassime with an injury.

The teenage sensation will be hoping to go one better this year as the No 3 seed at the US Open. Alcaraz has been tipped to win multiple Grand Slams in his career and age is certainly on his side.

But Wilander feels the Spaniard currently has a number of aspects of his game he needs to change in order to become a serious threat on the biggest stage. The seven-time major champion points to Nadal as the perfect example for Alcaraz to follow. 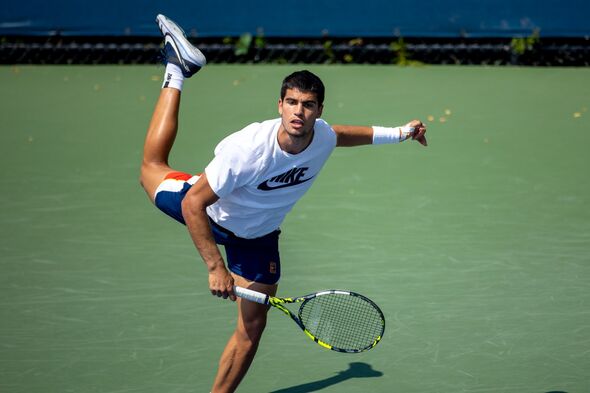 And Wilander even feels “concerned” about some aspects of Alcaraz’s game that the 19-year-old must eradicate. “I think that because the way he plays we have to slow down a lot because when you watch him play, he has every weapon, every shot, he has feel, he has speed, he is having fun,” he told Discovery Sport.

“So that’s unbelievable. If you watch the end of the match against Cameron Norrie in Cincinnati, he makes some choices tactically, that I am a little concerned about – he might be hitting too many drop shots at times, he might be taking too many risks at times. Some of the great players of the past, like Rafa Nadal they didn’t do that as young players – they were using consistency, more than using their weapons.

“I think with Carlos, he has had unbelievable results. He has an unbelievably exciting game of tennis. But I still am waiting to see that tactically he will make the choices that will win him 10-15 Grand Slam tournaments.

“I think he can, but I think we do see sometimes someone who’s a little bit wild and a little bit young, but that’s also very exciting. If I was coaching him, I say Carlos keep going for it because one day you will realise what it is you need to do.

“But it’s also something that you have to pay attention to as a coach, for Juan Carlos, and – why did I lose this match? What did I do on the big points? Was that the right shot or the wrong shot? With Rafa, you don’t have to ask that question. You know Rafa is going to hit the right shot at the right time nearly every single big point.

“With Carlos, because he has so many choices, it’s more difficult for him to pick a drop shot, is it a big forehand, is it a serve and volley? Is it a backhand as hard as he can from inside the court? For me, that’s what makes him so exciting.”

The post Rafael Nadal used as example in order for Carlos Alcaraz to ‘slow things down’ first appeared on europesportsnews.com.