Serena Williams announces she is ‘evolving away from tennis’

Serena Williams beat world No.2 Anett Kontaveit on another magical night at the US Open. And after Emma Raducanu’s shock win last year, the American superstar is now five wins away from another fairytale finish after another incredible victory amid deafening noise.

Williams, who turns 41 next month, announced last month that she will be “evolving” away from tennis after this tournament. She had won only one of her four matches since returning at Wimbledon in July – and lost her final set in her last appearance before the US Open 6-0 to Raducanu in Cincinnati.

But while the British No.1 has already lost her crown, the six-time champion is showing the form and fitness to make her raucous fans believe the final match of her amazing career can be a final victory on September 10.

Her transformation in fitness and movement is remarkable – and it has allowed her to refind the quality of ball striking which blew away the second highest ranked player in the world in the final set. Her serving was just sensational and her forehand deadly against the Estonian who played well but just could not live with the female GOAT. Williams rolled back the years to win 7-6 2-6 to set up a third round tie with Aussie world No.46 Alja Tomljanovic.

JUST IN: Nick Kyrgios spits on court and receives warning as he swears at team 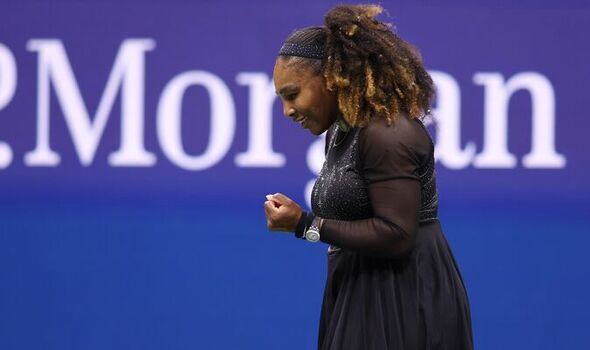 But no-one will want to face her – and the vociferous support – as she seeks a Hollywood ending to her career and a record-equalling 24th Grand Slam title.

Monday night was supposed to be her tennis farewell but Williams was not yet ready to say goodbye. Pre-match this time there was the same video montage and cast of celebrities in the Arthur Ashe Stadium. Williams also walked out in the same black, sparkly outfit she wore on Monday night here. But this time she was not facing world No.80 Danka Kovinic but the world No.2.

World No.605 Williams started at the same level which she found at the end of her first round win – only her second victory in 15 months. But Kontaveit kept in the fight despite her double faults receiving huge applause while her winners were greeted with near silence. 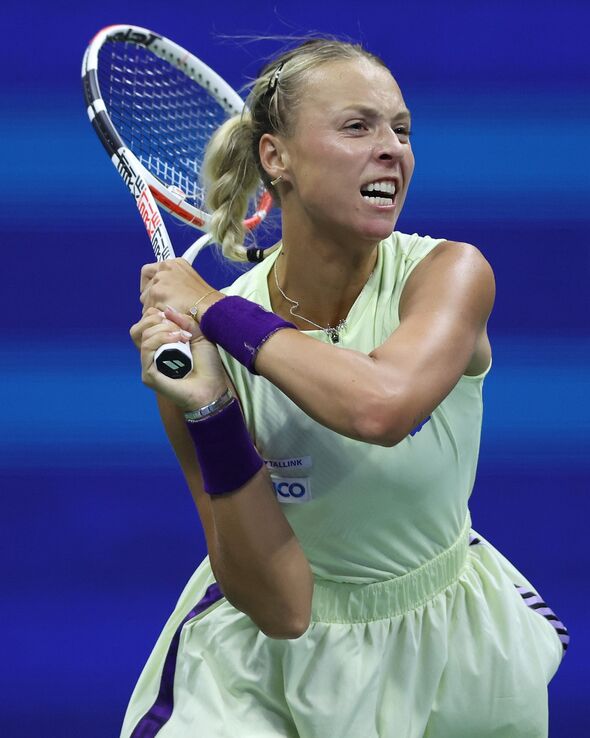 The biggest early cheer, apart from when Tiger Woods appeared on the Jumbotron screen and tipped his baseball cap to the crowd, was for a net cord which dropped on the Estonian’s side of the net. Spike Lee was up on his feet in the second row.

And British umpire Alison Hughes had to repeatedly ask rowdy fans to stop cheering out between serves.
Williams finally took her sixth break point in the ninth game when Kontaveit ended a draining rally by sending her backhand long.

But serving for the first set at 5-4, the American gave the break straight back with her third double fault to loud groans of disappointment. The tiebreak was equally tight before Kontaveit dumped a drop shot into the net and Serena pounced to take the first set – and get a standing ovation.

But the Estonian, who has only reached one Grand Slam quarter-final,  came out and showed why she is ranked world No.2 in the second set. She blasted 10 winners in the first three games and won 100% of points on her first serve in a 36-minute set.

Williams took a toilet break at the end of the second set to regroup. After holding her serve, she gestured to the crowd for quiet after a close line call went to Kontaveit on a first break point. But the American took the third with the Estonian sailed a forehand long to get Woods and the rest of her crowd on their feet.

Williams went 4-1 up and she took her first match point with a backhand return winner. She will be back in the Arthur Ashe Stadium tonight at 7pm local time on Thursday to play in the doubles with her sister Venus as her swansong shows no sign of ending.

The post Serena Williams continues US Open swansong with win over No 2 seed first appeared on europesportsnews.com. 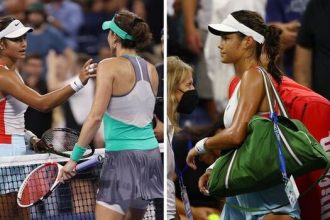