British tennis star Katie Boulter broke down in tears on Thursday after she dedicated her first Wimbledon Centre Court win to her nan, who died two days ago.

Boulter stunner former World No.1 Karolina Pliskova 3-6, 7-6, 6-4 as she dumped last year's finalist out of SW19 after dropping the first set. It's the first time in her young career the 25-year-old has made it into the third round.

The Brit fought back the tears as she said: “I am literally shaking, the crowd was unbelievable. My Gran passed away two days ago and I’d like to dedicate that to her today."

Boulter continued, in front of her grandad who was watching on in the stands: “It’s a dream come true and hopefully I have many more matches to play, with you guys (the Centre Court crowd) behind me.”

The 25-year-old had started brightly, breaking the Czech's serve, but the class of Pliskova soon began to shine through. That was until the second set, when Boulter battled her way back into the contest – including one perfectly executed challenge.

By the time the clash went into the third and final set, Boulter was clearly the stronger player.

What did you think of Katie Boulter's performance? Let us know in the comments section 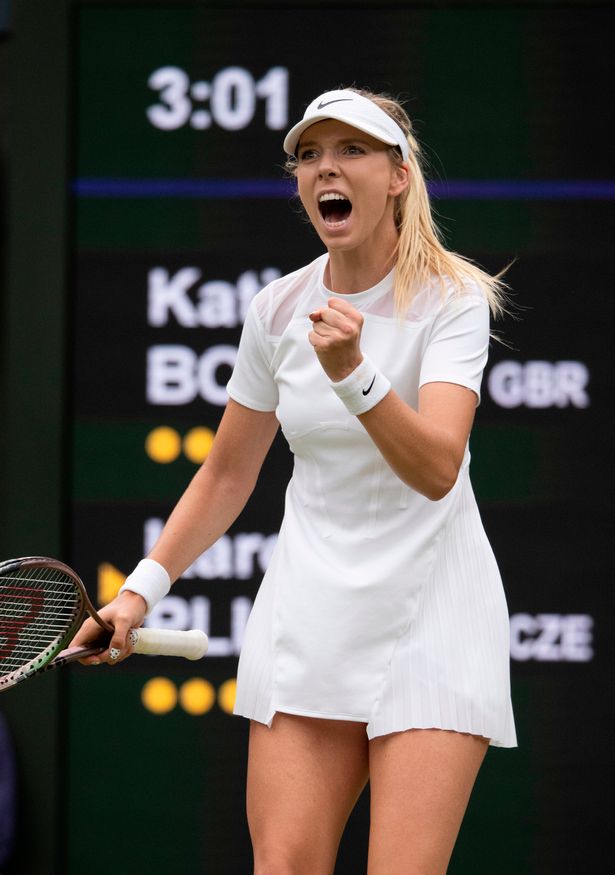 The 25-year-old will now face France's Harmony Tan in the third round on Saturday.

Boulter's advancement through to the third round comes the day after Emma Raducanu was dumped out of the competition.