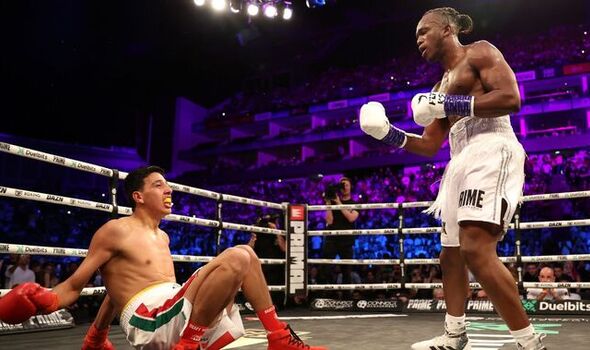 Fans have accused Luis Pineda of being ‘bought at Walmart’ after the 2-6 professional boxer fell to a humiliating defeat at the hands of YouTuber KSI. Pineda was dropped seven times en route to a third-round stoppage defeat as the Mexican threw a full-blown tantrum in the ring.

Complaining to the referee throughout, Pineda, was unable to stay on his feet for more than a minute during an embarrassing showing that has led many to question whether he is actually a professional boxer at all.

Pineda continually moaned about shots to the back of the head and body, while KSI did push-ups between knockdowns. YouTube commentator True Geordie was less than impressed by the journeyman’s capabilities and made his thoughts known during the DAZN broadcast.

“I think we found the only soft Mexican in the world here,” said the popular YouTube star from the Northeast. 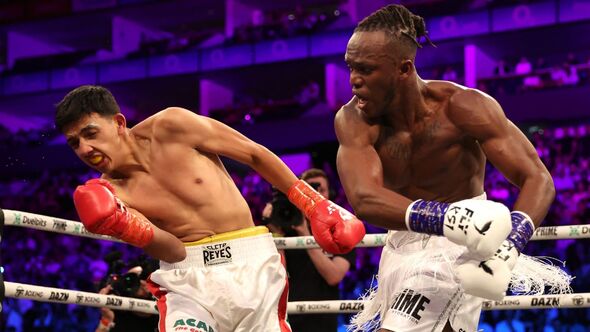 “Unfortunately, this is what happens when you get an opponent that doesn’t belong at this level. Whoever organised this, you need firing,” he continued.

But Geordie was not alone in his assessment of Pineda’s performance. Fans flocked to social media to rip into the fighter, with one left wondering whether KSI had paid a Walmart cashier to step in and fight him.

“Where did they find this luis pineda character at? ksi walked into walmart and paid the cashier to come fight him,” said the fan.

One supporter wrote: “Luis Pineda shouldn’t even get the money for this fight, this mf done what any average human could’ve done in the ring.”

A second added: “If Luis Pineda is pro then I’m Mike Tyson.”

While another fan joked: “If you were having a bad day just remember that two grown men have lost a boxing match against Luis Pineda.”

Before MMAFighting.com editor Damon Martin admitted: “That was not good. I was wrong. Luis Pineda might be the worst boxer in history. KSI wipes out another overmatched opponent to go 2-0 tonight.”

KSI – whose real name is JJ Olatunji – won two fights on the same night as he kicked off his card with a second-round knockout victory over rapper Swarmz before closing the show three hours later against Pineda.

The Brit is now expected to face either Tommy Fury, Slim, Andrew Tate or the winner of Austin McBroom and AnEsonGib next before his long-awaited clash with Jake Paul.

The post Luis Pineda accused of being ‘bought at Walmart’ as fans rip into pro boxer after KSI KO first appeared on europesportsnews.com.