‘For me, he’s ticking all the boxes’: Frazer Clarke backs Anthony Joshua ahead of his clash with Oleksandr Usyk, as the Team GB boxing captain insists Joshua is ‘running hard to get fitter’

Olympic bronze medallist Frazer Clarke has insisted Anthony Joshua has given himself ‘every chance’ of beating Oleksandr Usyk when the pair fight in a rematch later this month.

Contents
‘For me, he’s ticking all the boxes’: Frazer Clarke backs Anthony Joshua ahead of his clash with Oleksandr Usyk, as the Team GB boxing captain insists Joshua is ‘running hard to get fitter’Share this article

It was the second time the British boxer had lost his world champion status in three years, after Andy Ruiz Jr produced an upset in 2019. 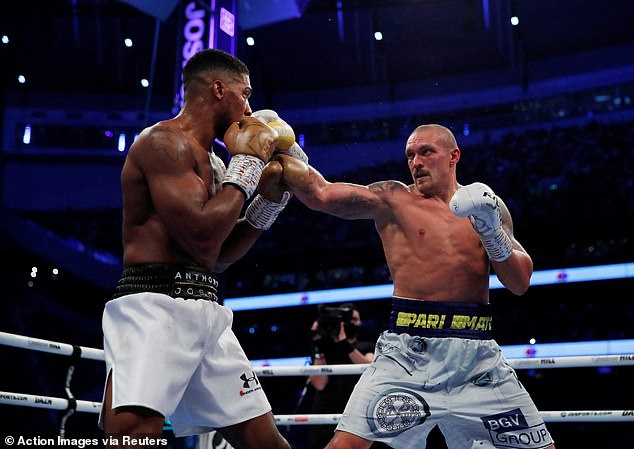 For Clarke, Joshua is improving in all the right areas ahead of his next fight. He told Sky Sports: ‘[People say,] “AJ’s big, he’s full of muscle, he blows out after six rounds.” He’s running and he’s training very hard.’

‘He’s running hard to get fitter. Running’s not the be all and end all but he’s training very hard to counter-act that.’

‘It’s one of the things he’s recognised he could improve on from the first fight. And it’s simple maths, I didn’t do enough of this, so I’ll do more of this. Tick that box.’

‘You have about 10 boxes as a fighter going into a fight that you need to tick. If you tick eight of them you might get lucky, you might win. If you tick 10 of them, you give yourself every chance. For me he’s ticking all them boxes.’ 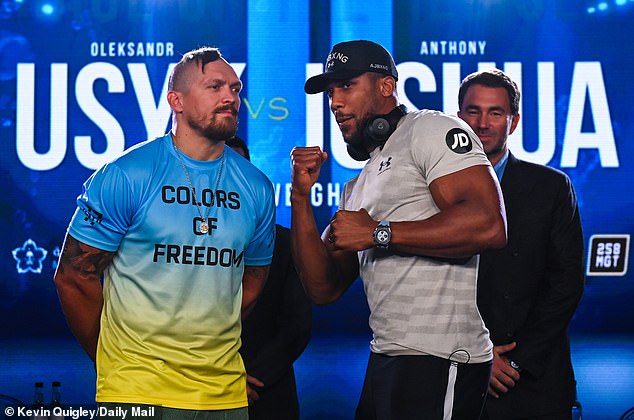 Joshua Parker was more reserved in his assessment of the fight. He said: ‘I would have to side with Usyk [winning] just because of the confidence that he’s going to come in with from the first fight. But it’ll be interesting.’

Joshua is looking to win the championship belts back immediately from Usyk, just as he did with Ruiz when he won their rematch in 2020.

If he does so, the 32-year-old will join the likes of Muhammad Ali, Vitali Klitschko and Lennox Lewis as a three-time heavyweight world champions.

The fight will take place in Saudi Arabia on Saturday, August 20.