UFC star Conor McGregor launched a social media attack on former super-middleweight world boxing champion Carl Froch on Saturday night. Froch was one of the pundits speaking ahead of Anthony Joshua’s crunch rematch with Oleksandr Usyk and he previously made a bold comment about McGregor’s punching power.

Froch, who only lost twice in 35 professional fights, didn’t mince his words when recently asked about which MMA fighters he enjoys watching. “Conor McGregor is obviously a big name because he’s got the mouth and he’s got the charisma,” he told JOE.

“”Fair play to him. Some [UFC fighters] can punch, don’t get me wrong, but McGregor can’t punch. Can’t punch the skin off a rice pudding. I was here when he boxed Floyd Mayweather.”

McGregor clearly didn’t take kindly to Froch’s viewpoint and launched a vicious social media attack on Saturday evening. “That Froch tick little scrawny pencil neck I’ll grab his head and twist it clean off at a 1er with my bare hands,” he wrote on Twitter. “Little Wally of a thing I’ll Slap you around you little toffee nose t*** pot.” 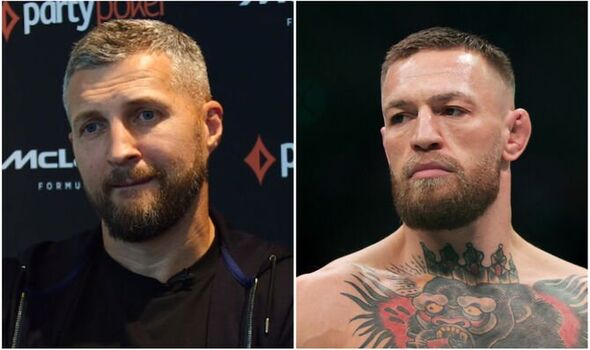 For the latest news and breaking news visit:/sport