Bosses said venues across the All England Club had experienced periodic money trouble during the first day-and-a-half of the tournament. That meant fans had to order drinks at one and pay at another.

It came after some spectators moaned they’d had to queue for two hours to get in on the first day of the tournament due to problems with scanners reading downloaded tickets on mobile phones. One disgruntled fan said she was told the sun made it hard for the automated system to work.

A tournament spokesman said bar card machine issues had now been resolved and queues were due to large numbers of spectators arriving at the same time.

Another potential disaster that won't be hampering the tournament is the replacement of ball boys and girls with trained dogs – after an experiment flopped.

A nearby local tennis club tried to teach the mutts to fetch stray balls and return them at lightning speed. But though they hurtled after them the hounds refused to drop them – and had to be bribed with treats.

Will you be attending Wimbledon this year? Tell us in the comments section 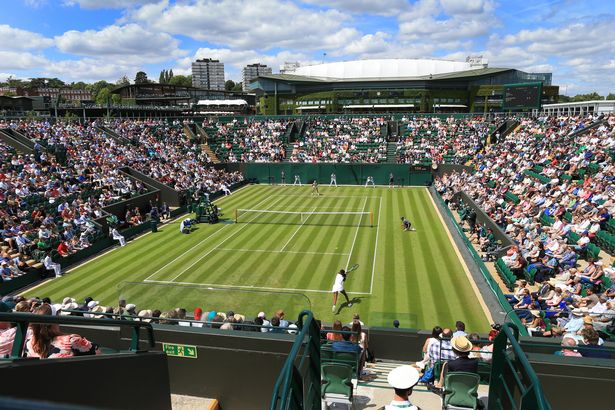 Tennis chiefs decided humans were quicker. The experiment was conducted at Wilton Tennis Club where the pooches underwent a series of speed and agility tests including running up and down the court and high-jumping over the net.

Club coordinator Martin Schiller said though the dogs excelled at ball retrieval they under-performed in other areas – including returning balls to the players.

He said the dogs love for tennis balls proved a little too strong as they were reluctant to give the ball back.