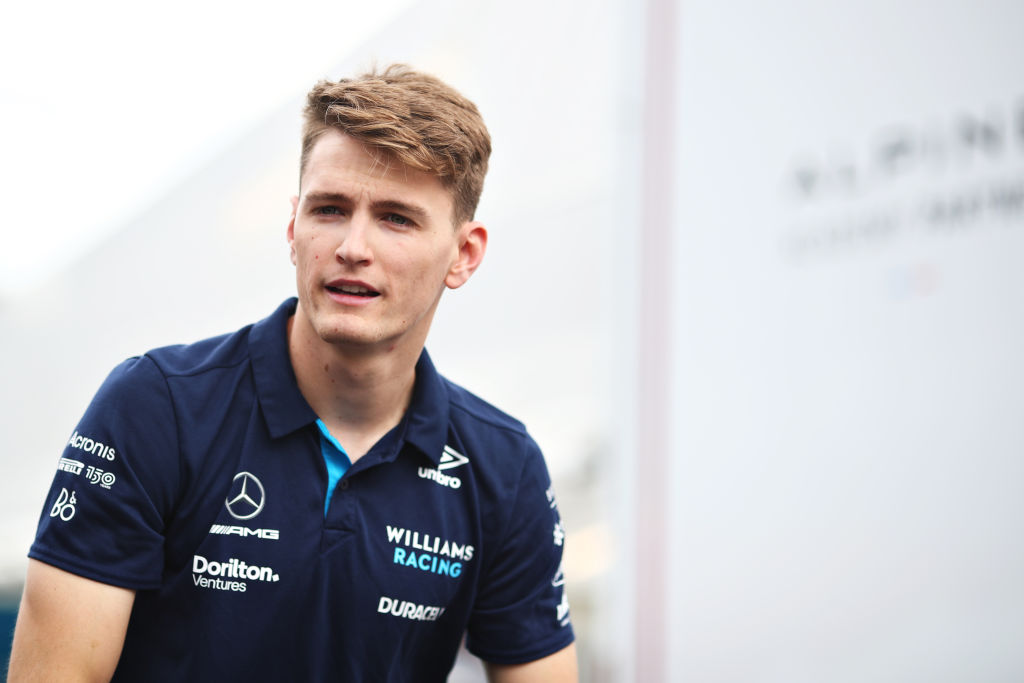 Williams Racing team principal Jost Capito is ‘absolutely convinced’ that Logan Sargeant will make it to Formula 1 amid rumours linking him with the vacant seat at the team.

Sargeant is one of the most promising young drivers around, with the 21-year-old currently third in the Formula 2 championship and set to test for Williams at the US Grand Prix in October.

Such is his potential, that Sargeant, who is a member of the Williams Driver Academy, has been tipped to move into F1 as early as next season.

There is currently a drive available at the British team alongside Alex Albon who recently signed a new multi-year contract, with Nicholas Latifi set to be dropped at the end of 2022 after three underwhelming seasons in the sport.

‘He [Sargeant] will be in a Formula 1 car in the future, I’m absolutely convinced,’ Capito said.

‘Of course, we are impressed. You know, it’s his first season in F2. We didn’t put any pressure on him. He has the time to develop, and he’s really impressed us with how fast he has got to grips with the car.

‘It’s quite tricky to take early decisions on something on a Formula 2 driver as long as the season is not over. So that’s part of the decision making, of course.

‘I think we’ve got various options. And we will finally go for what we believe is the best for the team. But it’s too early to get into details because we’re not there yet.’

Sargeant is one of the favourites for the drive but will face competition from Mercedes reserve driver and 2021 Formula E champion Nyck de Vries, who also tested for Williams earlier this year.

As well as his skill on the track, Sargeant also brings with him plenty of marketing opportunities given that he would be the first American driver to race in F1 since Alexander Rossi in 2015, and support for the sport in the USA is at an all-time high, with three races scheduled to take place Stateside in 2023, in Austin, Miami and Las Vegas.