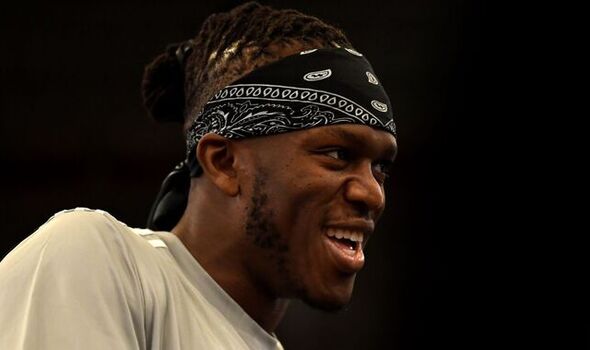 KSI faces two opponents on the same night this evening at the O2 Arena, London. The British YouTube star takes on rapper Swarmz to open up the card before closing the show three hours later against 2-5 professional boxer Luis Pineda.

However, KSI – whose real name is JJ Olatunji – was not expected to face either man when the August 27 date was first booked. The original plan was to fight fellow YouTuber Alex Wassabi who recently defeated KSI’s brother Deji.

But those plans were put on hold after Wassabi was forced to pull out of their contest with a concussion. In his place, on 20 days’ notice, rapper Swarmz – who recorded the hit 2020 single ‘Houdini’ with Olatunji – was brought in to save the card.

But the fight was met with displeasure from fans due to Swarmz’s lack of profile and boxing experience having never fought before. As a result, KSI added a second opponent to the card and promised to square off against a professional boxer.

Bulgarian journeyman Ivan Nikolov (3-16-2) was selected at first but was quickly pulled off the card after it was found that he had neo-Nazi tattoos and suspected white supremacist beliefs. Taking to YouTube, KSI said about the boxer: “He’s a white supremacist. Ivan isn’t my opponent anymore. He has been removed. The matchmaker also got fired for allowing this to happen in the first place. But yes, my new opponent is Luis Alcarez Pineda.

Pineda has come in on 9 days’ notice and is currently in London having faced off with KSI at their press conference yesterday. During the presser, Olatunji gave his thoughts on fighting two men on the same night, saying: “Alright, so with me fighting Swarmz I felt like it wasn’t enough. I was like ‘alright, Swarmz I’ll probably get rid of him in one round’.

The post Why did KSI have to change opponents for Alex Wassabi and Ivan Nikolov fights? first appeared on europesportsnews.com.