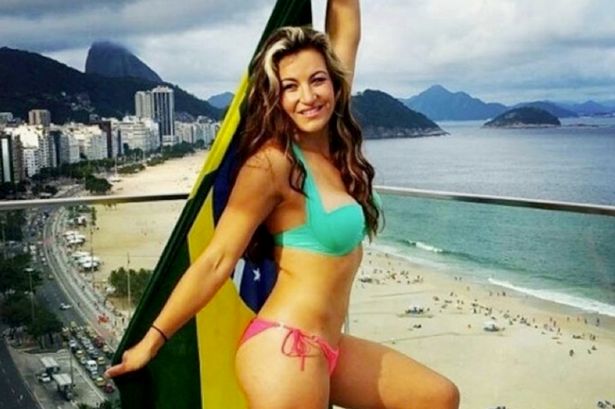 Miesha Tate is considered a legend of the octagon – and has never been afraid of raising eyebrows outside of it either.

The American MMA star is a former UFC Women's Bantamweight champion, and has shared iconic battles with the likes of Ronda Rousey and Holly Holm. But she once also hit the headlines for her work without her fighting gear, or any gear for that matter, posing naked for ESPN the Magazine.

In this day and age, the notion of female fight stars posing for racy pictures is common practice, with many now holding OnlyFans accounts to subsidise career income. In fact Tate, 35, described the site as 'desperate' earlier this year.

But back in 2013, she defended her own photoshoot, arguing she wanted to break the perception that was plaguing female MMA fighters: "I want to show that you can be a cage fighter and still be feminine," she told ESPN's Morty Aim.

"I hate the stereotype that women who fight are 'butch' or 'wannabe men.' It's nice to be able to embrace being a beautiful, strong woman." And Tate, who once famously took aim at fellow UFC star Jon Jones, also outlined the issues caused by being in shape for MMA.

"I like that I'm in shape but still look like a woman," she said, when asked what she liked about her body. "I don't feel like I've had to give up my femininity to be an athlete.

Who is the greatest female UFC fighter of all time? Let us know in the comments section.

"I feel good about my body because I work hard every day, and I still look and carry myself as a woman – a strong woman. But because of the size of my legs and butt, pants are always too big in the waist. And anything with sleeves – forget it. I can barely find a jacket that fits my shoulders and biceps and won't rip if I reach for something."

Tate has continued to post saucy snaps on Instagram, with her account now boasting 2.1 million followers. Back in 2018 she announced she was in a relationship with MMA fighter Johnny Nunez, who is now her husband.

She gave birth to their daughter, Amaia, the following year and then in 2020, the pair had a second child, son Daxton. To reflect her status as a mum, Tate dubs herself 'Woman Warrior Mom' on her Insta profile.