‘SAUSAGES!’: Tyson Fury pokes fun at Anthony Joshua’s management team for turning down £2m offer for Derek Chisora to fight him… as he claims his heavyweight rival has made a ‘mistake’ by opting against taking a major payday

Tyson Fury has poked fun at Anthony Joshua’s management team, 258 MGT, labelling them ‘sausages’ for turning down £2m on Derek Chisora’s behalf for a fight with the Gypsy King.

Contents
‘SAUSAGES!’: Tyson Fury pokes fun at Anthony Joshua’s management team for turning down £2m offer for Derek Chisora to fight him… as he claims his heavyweight rival has made a ‘mistake’ by opting against taking a major paydayShare this article

Fury claimed earlier this month that he was willing to come out of retirement to fight Chisora for a third time after beating his domestic rival in 2011 and 2014.

However, the proposed bout fell through after it emerged that Chisora’s team were unhappy with the £2m offer they received. Fury has now responded, and has hit out at Chisora and 258 MGT for turning their back on the big-money fight. 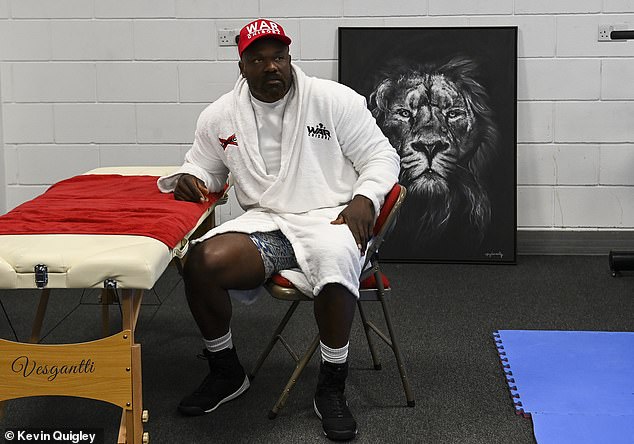 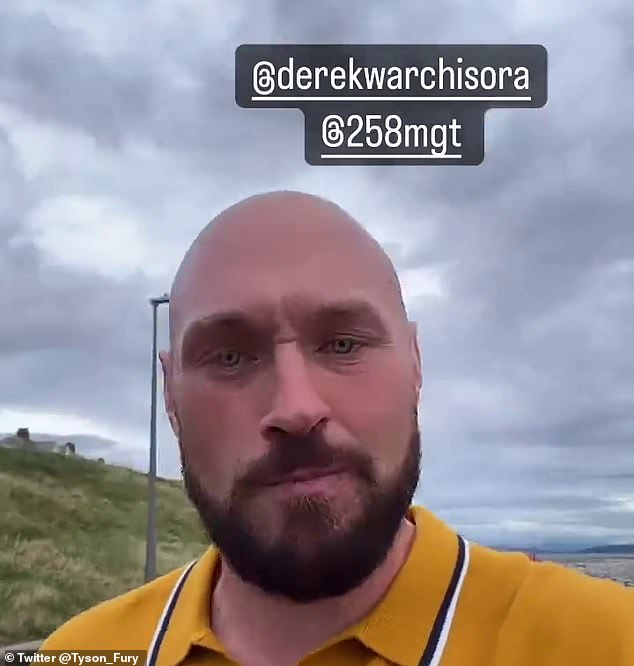 Fury has poked fun at Chisora and his management team, 258 MGT, for turning down the offer

‘I see Derek Chisora’s been having a little pop, licking his wounds after losing £2m,’ Fury said in a video posted on Twitter.

‘God almighty, what a mistake. Probably going to get about £375,000 for your next fight, and your management team turned down £2m. Pack of jokers.

‘There’s more brains in your little finger than the full management team would ever have. Where’s someone like Derek Chisora going to get offered £2m from again? Sausages, honestly.’

Fury has been accused of being ‘insecure’ by Joshua’s promoter Eddie Hearn for trying to grab the spotlight ahead of his rematch with Oleksandr Usyk on Saturday. It appears that Fury is still keen to cause mischief, though. 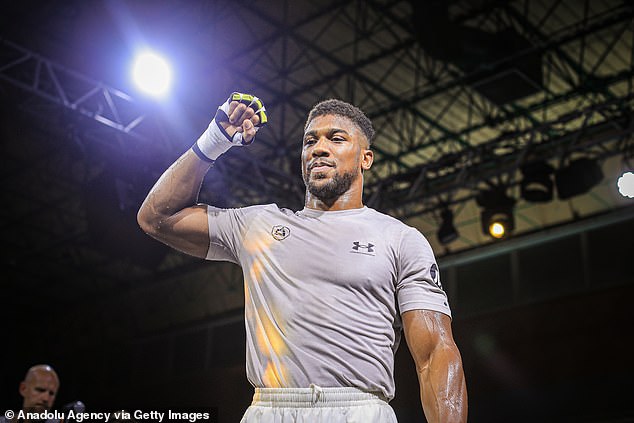 After failing to reach an agreement with Chisora, Fury announced his retirement again last Friday on his 34th birthday.

Whether he sticks to this is another matter, as it seems that he could still be tempted back into the ring, depending on how Joshua’s clash with Usyk plays out.

The WBC have given Fury until August 26 to confirm his future plans, a date that falls six days after Joshua and Usyk meet each other.

This means Fury will have just under a week to decide whether to take on the winner, officially retire or go after a different opponent.