Thomas Tuchel believes scrutinising Chelsea’s attacking set-up is the ‘wrong question’ in the wake of Tuesday’s 2-1 defeat at Southampton.

The Blues let a 1-0 lead slip through their fingers at St Mary’s Stadium, for their second defeat in five Premier League games.

Romeo Lavia and Adam Armstrong condemned Chelsea to a chastening defeat, with boss Tuchel later insisting mentality had been the key cause of the loss. 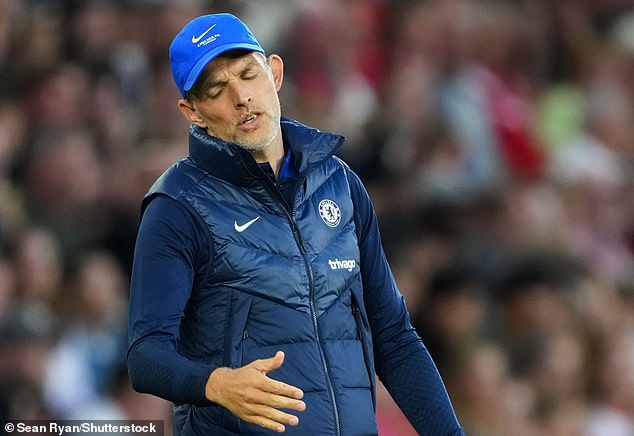 But Tuchel rejected outright anything regarding the attack holding any influence on the loss at Southampton.

Asked if Chelsea still need a focal point in their attack, Tuchel replied: ‘This is totally the wrong question to ask now for attack.

‘It’s defending, the goals have nothing to do with attack.

‘We scored, we had chances enough, we can have a clean sheet, we can stay at 1-1. 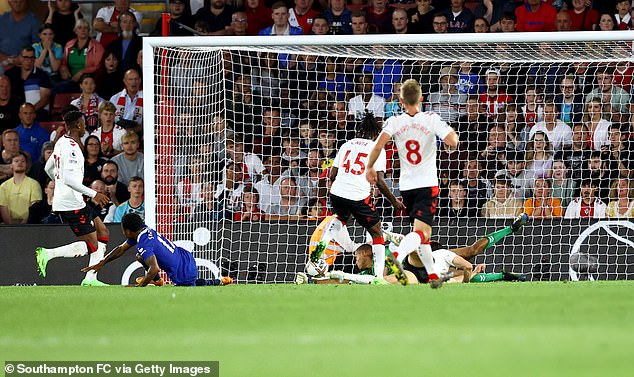 ‘It’s not a question of striker, no striker or what we have up front. It’s the wrong question for me at the moment.’

Chelsea were without N’Golo Kante, with Mateo Kovacic still working his way back to full fitness after knee trouble.

Ruben Loftus-Cheek picked up a hamstring issue at Southampton, while Conor Gallagher missed out through suspension.

Midfield might be one of Chelsea’s strengths but Tuchel explained the full extent of the injury concerns. 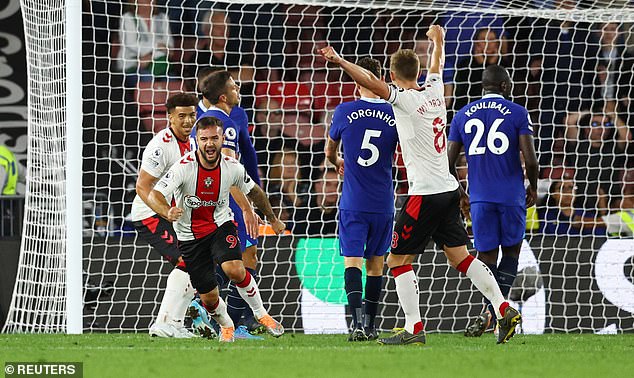 ‘I know what squads the other teams have, I know what the schedule is,’ said Tuchel. ‘And on Monday we had 16 players in training.

‘I cannot dream about what will happen if we have everyone back, I just have to work with what I have on the training pitch. And this is not a lot at the moment.’

Asked if the summer’s turbulent change of ownership could still be having a lingering effect, Tuchel replied: ‘Yeah maybe, but we know the line is so thin between excuses and explanations. 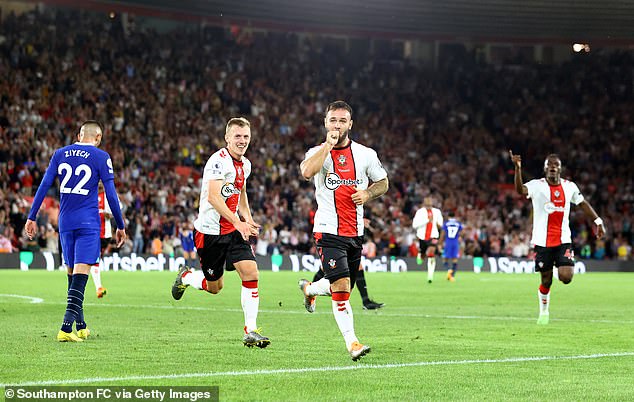 ‘So I better not go down this road, because I don’t want to give anybody any chance, myself, players, staff, any room for excuses.

‘We need to find solutions, I think what will help is the closing of the transfer window. Then we will know who has full commitment, what role does everybody need to play, need to fulfil.

‘And everybody including myself needs to step up to a new level of performance.

‘These are okay performances, not a disaster but it’s okay, but okay can never be enough.’