Ferrari threw away yet another probable F1 victory at the Hungarian Grand Prix as Max Verstappen won again to extend his lead in the championship to a colossal 80 points. Seven days after Charles Leclerc crashed out of the lead at the French Grand Prix, it was the turn of the Ferrari strategists to blunder as they put Leclerc on the preferred medium tyres for the first two stints, meaning they were mandated to change compounds for the intended final stint.

Leclerc had taken the lead from George Russell ahead of his second stop but fitting the hardest compound of tyres completing ruined his race, with Verstappen overtaking him twice, either side of a spin by the Dutchman.

After dropping back down the field, Leclerc embarrassingly had to change tyres again, switching to the fastest but less durable soft tyres and coming home sixth. Carlos Sainz’s race was also hindered by his team as he had two slow pit-stops on his way to coming home fourth.

Along with Verstappen and Red Bull, Mercedes also took advantage with Lewis Hamilton and Russell finishing second and third respectively. Mercedes boss Toto Wolff was asked about Ferrari’s latest tactical aberration and felt their biggest error was not saving a set of medium tyres for the race.

“I think they had to no option,” insisted Wolff. “They had only hard and softs left and for the soft, it was too early. The mistake Friday or Saturday not to carry over a new medium.”

“It always feels like there is something going on, whether it is reliability or mistakes, so we need to get better at putting a weekend together,” he said.

Is it time for heads to roll at Ferrari? Have your say in the comments section below. 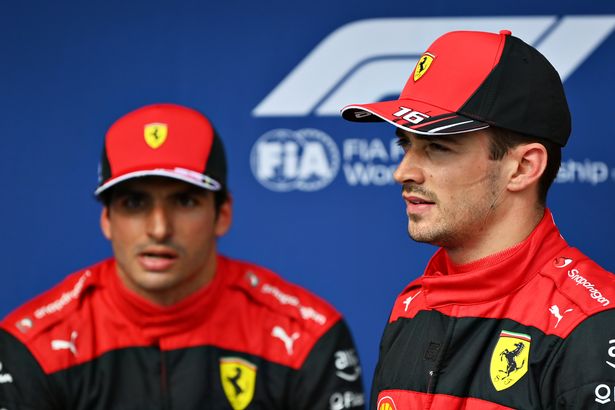 “We were strong, we probably had the pace to win, but eventually we didn’t and there are reasons for it. And stopping for the hard tyre was the turning point of the race. We lost all our pace, and the last part of the race was a disaster for me.

“Before thinking about the championship we need to understand as a team what we need to do to get better because otherwise winning it is going to be very difficult.”

Meanwhile, Sainz felt Ferrari’s disappointing pace was their undoing rather than their strategic decisions.

“With the conditions changing today [with cooler temperatures], there was something going on with the cars and the tyres,” he said. “We were just not fast. We will analyse and look what we did wrong in these kind of conditions and come back better after the summer.”

The post Toto Wolff tells Ferrari where they got it wrong with Hungarian GP strategy first appeared on europesportsnews.com.