There is a common belief among Ukrainians that sport plays one of the most important roles to make the society healthy. There is always space for improvement. Sportsmen are always a role model other people want to follow.

Vladyslav Artomov, a talented athlete, was born on January 28, 1998, in eastern Ukraine. He spent most of his life in Kharkov, where he has accomplished three professional courses in higher educational institutions. He has the right to work as a primary school teacher and a physical education teacher. Vladyslav has accomplished the course in International Relations as well.

Vladyslav Artomov is known as one of the most talented Ukrainian athletes. He arrived in Brazil on March 25, 2022. The main reason for his visit was to see his beloved in Sumaré. But straight after his arrival to a Brazilian city, he took part in SWUB, which is a well-known competition in calisthenics. It was one of the main motivations to move to the city for a longer period.

The Format of Competition in Calisthenics (SWUB)

The format of the calisthenics competition is like a real battle. There are two pairs, which get selected in a random manner among a lot of other participants. Athletes have to face each other in order to demonstrate their strongest abilities and fighting combinations. There are official judges, who are evaluating and choosing the winner of the battle.

This is what Vladyslav Artomov would like to share with the reader about the competition in calisthenics: “I did my best to win against my first fighting opponent. When I started the fight with the 2nd opponent, I lost two points. According to the judges, I failed to demonstrate enough dynamic elements. I was demonstrating excellent results in strength, where the judges granted me a decent level. I lost in front of the total Brazilian champion. Later, I was speaking to other participants and they were shocked by my high level and determination to win the rough battle with the nation champion and hero.

Brazilian calisthenics focuses a lot on developing a lot of dynamic elements, while fighting. Even beginners can master these dynamic elements within a short period of time. You just need to know some tricks, which don’t ask for a lot of power or effort. However, if you want to impress the judges during a serious calisthenics competition, you have to demonstrate both dynamic elements and power in equal proportions.

I was proud to take third place at the Arnold South America competition. I did my best to demonstrate the best elements of power and dynamic. Compared to other participants, my power indicator was much higher.”

Taking Sports To a New Level

Vladyslav Artomov feels excited to settle down for a while in Sumaré. The city is very famous for passionate athletes and calisthenics experts. It is the right place for gaining high-quality calisthenics training experience, professional knowledge, getting new titles, titles, and building yourself as future champion. Vladyslav Artomov takes sports to a new level. Such a life choice deserves our respect! 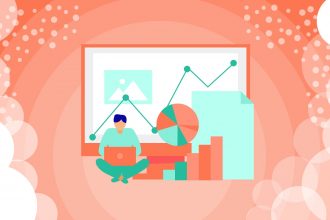 Find Out How To Integrate Jira to Power BI Without Problems