Channelling his inner Wealdstone Raider, Kyrgios ranted at the umpire about how the line judge had "no fans" after bizarrely labelling her a "snitch" during a petulant outburst in the first set.

"Has one person here come to see her [the line judge] speak? No. I understand, but why is she doing that? Not one person in the stadium has come here to watch her do anything! Not one person," Kyrgios fumed.

"Like, you know what I mean? You got fans, but she has got none.

"What did I do? Like, come on. I know, but what? She just selfishly walks to you in the middle of a game because she's a snitch!"

The hot-headed Australian smashed a ball out of the stadium after being broken by World No. 219 Jubb in the first set, and later urged the umpire to remove a spectator from the court after they sarcastically cheered him for duffing a serve into the net.

Would tennis be made better or worse if they were more characters like Kyrgios around? Let us know what you think in the comments section.

"There's no pure disrespect like that. I don't go up to their face and go to their nine to five and start clapping when they're scanning s*** at a supermarket, do I? Like 'oh boo yeah well done, you can't scan that thing for s***'," Kyrgios told the umpire.

"Do I say that? No. They have no right to do that. So why does it keep happening? … You should just remove them from the crowd." 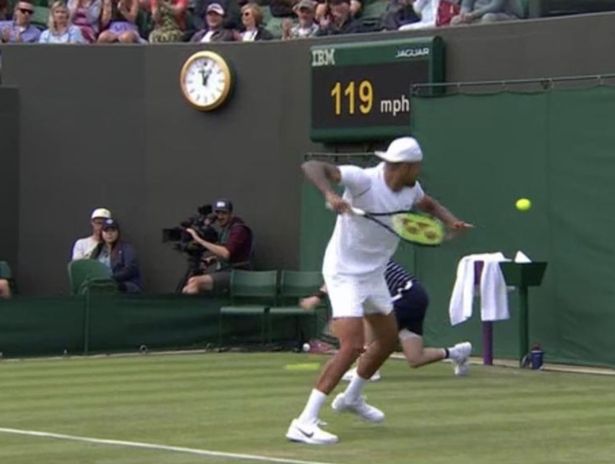 After squeezing past his opponent at the end of a five-set thriller, Kyrgios dedicated his performance to the crowd, who had been booing him throughout.

"The crowd was pretty rowdy today," Kyrgios said during his post-match interview. "A couple people in the crowd not shy of criticising me, so that one was for you. You know who you are."

The post Tennis man-child Nick Kyrgios calls line judge a “snitch” who has “no fans” first appeared on europesportsnews.com.