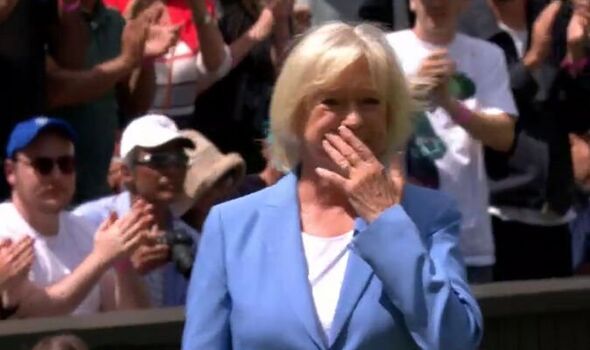 Sue Barker has broken down in tears after Wimbledon paid tribute to her committed service. The television star is retiring after the tournament having been the face of the BBC’S coverage for 30 years.

Barker’s long standing TV partner John McEnroe lead the tribute. He said: Sue, one final word. On behalf of all the players I just want to say that we’re going to be lost without you.
“After 30 years of covering this tournament magnificently, please give it up for Sue Barker.”

In response, a visibly crying Barker thanked the tournament and joked that the American would be demoted to the lower courts.

“Thank you so much but this is about the tournament. All I can say is from now on John McEnroe is going to be commentating on Court 17 after that, going off script.

“But thank you that really does mean the world to me.”

For the latest news and breaking news visit:/sport

The post Sue Barker breaks down in tears and threatens John McEnroe in emotional Wimbledon scenes first appeared on europesportsnews.com.