Paul Mullin is a man who just wants to be at home in Liverpool with his family and, as he tells the Welcome to Wrexham documentary cameras, would have turned down £60,000-a-week from China when he was a free agent two years ago for that reason.

Much of the focus on Mullin has been his decision as the then-top scorer of League Two to drop down into the National League to join Wrexham.

There has been wild speculation on the money it has taken to bring him to Wales and in the two new episodes of the documentary produced by owners Ryan Reynolds and Rob McElhenney that are released this week, it is Mullin who takes centre stage. 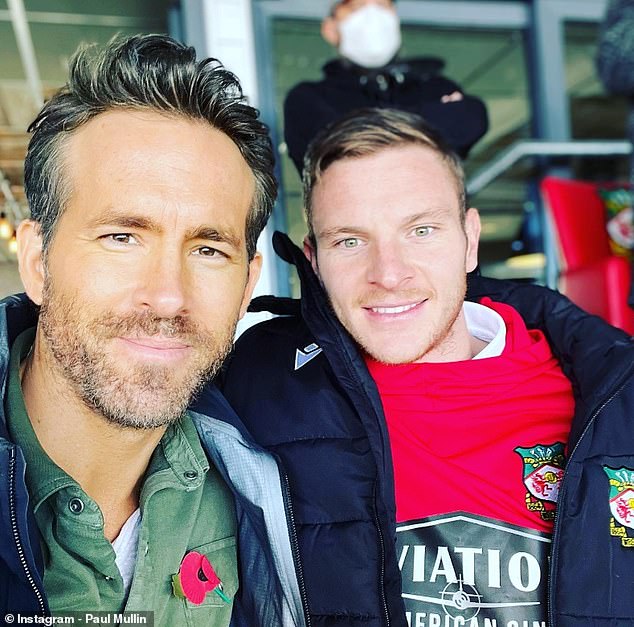 Paul Mullin (right) has a super fan in Ryan Reynolds (left) and he will have many more after becoming the next star in their Welcome to Wrexham documentary, which airs again this week

He is introduced to viewers to the tune of Shane McMahon’s ‘Show me the Money’ but for Mullin – who says he still hasn’t sat down to watch the first couple of episodes – the talk around his wages is tiresome and ‘irrelevant to life’.

‘I don’t understand why people care,’ he tells Sportsmail.

‘I don’t go home and ask my mates who are joiners, “how much are you getting?” It’s completely irrelevant to life.

‘It’s none of their business, no-one really gives one. For me I just go and play football and enjoy it and I don’t really let that affect me. I just wanted to be with my family and Wrexham was the place for me. 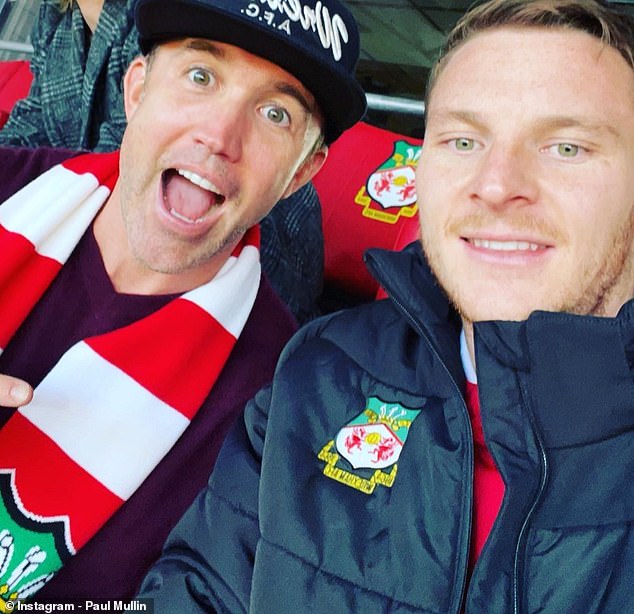 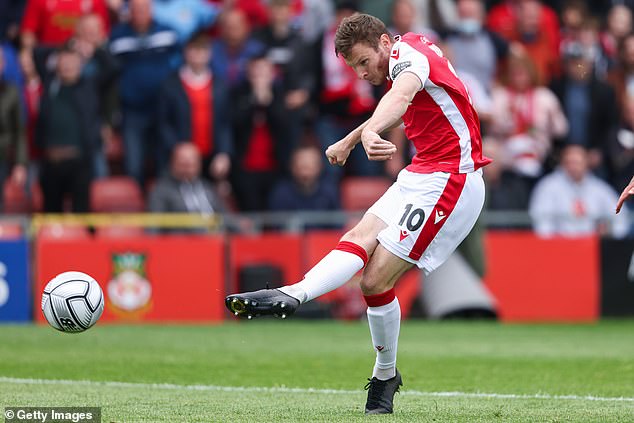 ‘Obviously, the way it happened they do pay you well but that’s not the main reason I came here. I wanted to be excited and to live with my family and obviously things help as they go but I love it here, I wouldn’t ever want to leave.’

Viewers also get to see Mullin away from the pitch, playing in a sand-pit with his young son and while he will become popular for his exploits on the pitch, it is his relatability off it which could turn him into a social media superstar overnight.

Diaz 'needs a MIRACLE' against Khamzat at UFC 279 – Jingliang

New fans to the club – which club insiders have estimated to be in the thousands after just the first two episodes of the series – will see the ‘expectation management’ advisor to the board Shaun Harvey warns McElhenney and Reynolds with when it comes to trying to land Mullin.

It took a personal phonecall from McElhenney – which doesn’t make the cut – to entice him to Wales and he has two massive fans in the Hollywood pair.

For a striker who has spent his career in the lower leagues of English football, being centre of attention and one of the stars of a documentary being broadcast to millions is totally, as he puts it, ‘bizarre’.

‘It’s quite bizarre, it’s something you don’t expect to be on a documentary that is going to be shown all over America,’ he added. 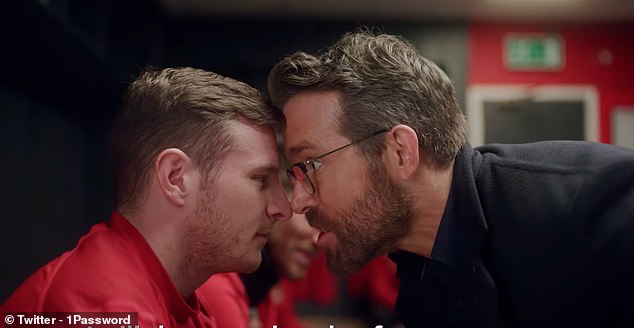 Mullin, who has recently penned a new deal to stay until at least the end of the 2024-25 season, has become a cult hero among supporters and he has been bowled over by the level of support, not just from Reynolds and McElhenney but also from the fan-base.

‘When I signed there were eyebrows raised – but not from me and my family. We knew what we were getting into’, he said.

‘My family wants me to be happy and excited and I couldn’t be more happy being here. I’m really enjoying my football and I’m pretty sure that’s showing on the pitch the way I am always trying to smile, things like that.’

And the chants of ‘we’ve got Super Paul Mullin’?

‘I’m enjoying it. I’ve loved it and they love coming to the games,’ he said. ‘I think they sort of feel a bit special sometimes when the fans are singing my name. My mum and dad always tear up and my missus comes home singing it winding me up because she knows I hate to hear it in the house! We love it.’

Welcome to Wrexham will air on Disney+ every in the UK, and on FX and Hulu every Wednesday night in the USA

The post Striker Paul Mullin is next Welcome to Wrexham documentary star first appeared on europesportsnews.com.