Stefanos Tsitsipas has claimed that Daniil Medvedev tried “too hard” in their semi-final match at the Cincinnati Open. The Greek star beat the world No 1 7-6(6) 3-6 6-3 to set up a final against Croatian Borna Coric and now has his eyes firmly set on claiming the competition trophy.

The world No 7 is chasing his third title of the season having won the Monte Carlo Masters in April and then winning the Mallorca Open in June. His victory over the Russian at the semi-finals in Cincinnati proved to be something of revenge having been beaten by the star at the same stage of the Australian Open earlier in the year.

Speaking after the match the 24-year-old spoke of his happiness in his own performance, believing he forced his opponent to try too hard.

“In the last few games of the third set I felt the ball wasn’t really flying off his racket,” he said. “I felt like he was trying too hard and that’s when I knew I had pushed him there. It was something I did over many consecutive rallies and a lot of physical effort.

“I knew it was my opportunity to go in and strike as I had prepared for it.” 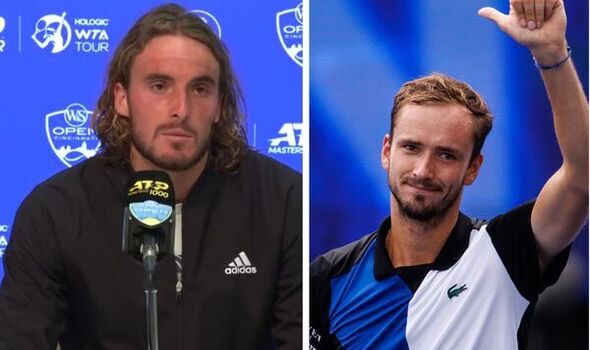 However, the finalist was also keen to praise Medvedev for how difficult he made the match. The third set was particularly hard fought, with one break of serve proving to be enough, won via a double fault from the Russian.

“I knew I had to sign up for a difficult task, third set, it wasn’t going to be easy,” Tsitsipas explained. “He made it very physical and really demanding for me.

“I just took advantage of some of his missed first serves. I think I had a couple opportunities where it seemed to be going towards my side.

“He gave me a double fault on break point, which I think was a very important moment for me psychologically to give my best shot. I was a few games away and I was very calm and concentrated on every single task that was given to me.” 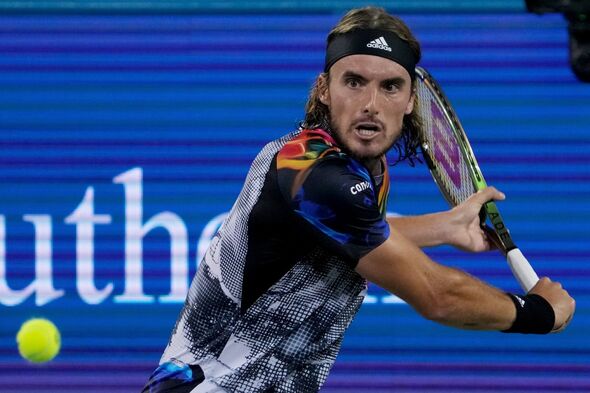 Tsitsipas will now face the Croatian Coric in the final after he defeated British star Cameron Norrie in straight sets. The 25-year-old has previously sat as high as 12th within the world rankings but has dropped out of the top 100 after recent injury issues.

Looking ahead to the match Tsitsipas said: “I am prepared for it. It is not an easy task playing against him and he is just coming back from injury. He is playing great tennis and he is going to work very hard for it.”

The pair will face off in Cincinnati when the final gets underway at 21:30 BST on Sunday.