Serena Williams announces she is ‘evolving away from tennis’

Serena Williams explained the pressure she felt having to choose between playing tennis and her family with the perfect comparison to NFL star Tom Brady. The sporting legend confirmed her intention to ‘evolve away from tennis’ in a Vogue magazine article earlier this month.

In the piece she explained the main reason for her decision was to spend more time with her family and to possibly expand it, and referenced seven-time Super Bowl champion Brady in her retirement announcement. Williams explained she didn’t want to be made to choose between family and sport, and explained that her male counterparts don’t encounter the same issue.

“Believe me, I never wanted to have to choose between tennis and a family. I don’t think it’s fair,” she wrote. “If I were a guy, I wouldn’t be writing this because I’d be out there playing and winning while my wife was doing the physical labor of expanding our family. Maybe I’d be more of a Tom Brady if I had that opportunity.”

Brady, a father of three, has been able to continue playing while expanding his family, and as a result has been able to stay on the top of his sport for 20 years now. There are plenty of examples of male tennis stars who have continued to play despite becoming fathers. In fact Novak Djokovic, father of two, said becoming a parent helped to enhance his performances.

JUST IN: Emma Raducanu earns important boost for US Open defence after Williams and Azarenka wins

“Believe me, I never wanted to have to choose between tennis and a family. I don’t think it’s fair. If I were a guy, I wouldn’t be writing this because I’d be out there playing and winning while my wife was doing the physical labor of expanding our family. Maybe I’d be more of a Tom Brady if I had that opportunity.” 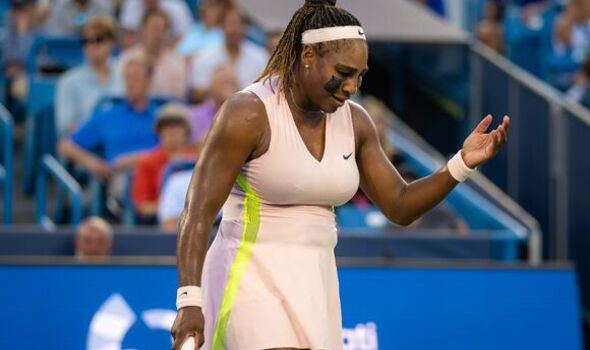 There are remarkable examples of sportswomen who have given birth and returned to competition at the top of their game. In athletics, Jamaica’s Shelly Ann Fraser Pryce captured two 100m World Championship gold medals in 2019 and 2022 after giving birth to her son in 2017.

Williams defied the odds five years ago, when she won the last of her 23 grand slams at the Australian Open while pregnant with daughter Alexis Olympia Ohanian Jr. “A lot of people don’t realise that I was two months pregnant when I won the Australian Open in 2017,” she added. “But I’m turning 41 this month, and something’s got to give.”

After returning to the court following her pregnancy, the American was able to return to her supreme level and reached four grand slam finals between 2018 and 2019, and as well s appearances in major semi finals in 2020 and 2021. As it appears Williams will contest the last tournament of her career at the upcoming US Open, she will have a final opportunity to add to her incredible haul of 23 grand slams. 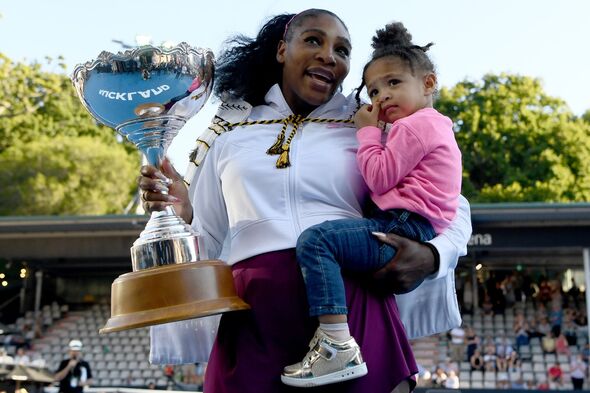 Should she achieve the fairytale ending, the icon will equal Margaret Court’s record of 24 majors. Serena addressed her reluctance to speak about when she would hang up her racket given the sport has been such a significant part of her life for such a long time.

“I’ve been reluctant to admit that I have to move on from playing tennis,” she shared. “It’s like a taboo topic. It comes up, and I start to cry. I think the only person I’ve really gone there with is my therapist. I have never liked the word retirement. It doesn’t feel like a modern word to me.

“I’ve been thinking of this as a transition, but I want to be sensitive about how I use that word, which means something very specific and important to a community of people. Maybe the best word to describe what I’m up to is evolution. I’m here to tell you that I’m evolving away from tennis, toward other things that are important to me.”