Sebastian Vettel is set to walk away from Formula 1 at the end of this season after announcing his retirement.

The Aston Martin driver intends to spend more time with his family and to pursue his passions away from the sport, which includes environmental activism. After a 15-year career, many pundits have tipped Vettel to keep any future involvement in F1 to an absolute minimum.

However, it has emerged that the 35-year-old has held talks with F1 CEO Stefano Domenicali over a future role in the sport. Speaking to German title Bild, Italian said: “Among other things, we talked about his decision and the future. Sebastian will always be associated with Formula 1. And of course, we want that connection to remain close in the future.

“If he is interested in becoming part of our system and the approaches fit together, I would of course welcome him here. But we already know that, after the season, he wants to sort himself out and enjoy time with his family.”

Bild suggested that a new role for Vettel could revolve around his recent activism in the areas of environmentalism, diversity and social issues.

But Domenicali has rejected Vettel’s concern that F1 is not doing enough to promote sustainable technology. Over the recent British Grand weekend at Silverstone, Vettel completed a demonstration run in a 30-year-old Williams car, which he owes, using carbon neutral fuel.

Should Sebastian Vettel remain part of the F1 scene? Have your say in the comments section below. 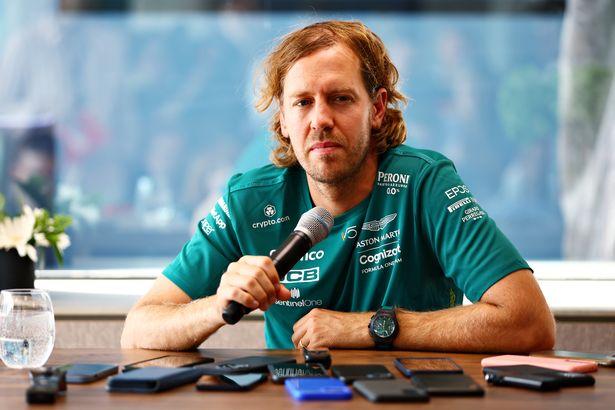 F1 has plans to use synthetic fuels from 2026, and Domenicali said: “It makes a difference whether you have to get a single car prepared for one or two laps or twenty cars prepared for 70 laps and a whole season.

“We're not behind with technology – on the contrary. We're ahead of schedule. I will definitely experience environmentally-friendly fuel in Formula 1 during my lifetime.”