Mick Schumacher has triggered speculation he could replace Fernando Alonso in the Alpine F1 team.

The young German is in his second season at Haas and, after a poor start to 2022, turned in some strong drives before the summer shutdown. However, his place at Haas is not secure for next year with his contract due to expire at the end of the season.

Schumacher appears to have an uneasy relationship with Haas team boss Guenther Steiner, who has said the driver’s future is up in the air. Speaking to RacingNews365, recently Steiner said: “I don’t really know what Mick has done, and we have not spoken about a drive for next year with Mick. He hasn’t spoken to us and we haven’t spoken to him – we want to see what’s happening.”

Amid the uncertainty over his future, Schumacher has been linked with other teams, including Aston Martin as a potential replacement for his mentor Sebastian Vettel, who will retire from F1 at the end of the season.

However, that seat quickly went to Alonso, leaving Alpine with a seat to fill. The Enstone squad originally planned to promote highly-rated reserve driver Oscar Piastri, only for the Australian to publically declare he will not be driving for the team next season.

Piastri is widely expected to join McLaren as a replacement for Daniel Ricciardo and has reportedly already signed for the Woking squad. Ricciardo has been touted as a potential target for Alpine, having raced for the Renault-backed team in 2019 and 2020.

Do you think Alpine should sign Mick Schumacher? Have your say in the comments section below. 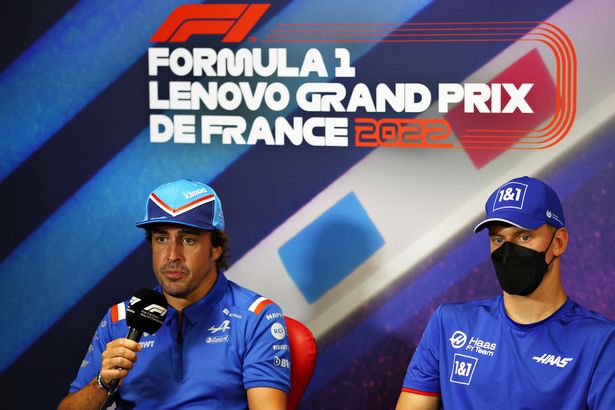 But Schumacher is another viable, and presumably cheaper, candidate. And the 23-year-old has set tongues wagging on social media by following Alpine CEO Laurent Rossi, the man in charge of driver recruitment, on Instagram. Former F1 driver Ralf Schumacher has also fuelled speculation by saying his nephew is a candidate for the vacant Alpine seat.

“Mick [Schumacher] has also not yet signed a contract,” he told Sky Germany recently. “Therefore, he would be a candidate. A candidate with speed, as you have seen.

“Nico Hulkenberg is also still in the starting blocks [for an Alpine drive]. And then there is the question of Daniel Ricciardo. Personally, I can’t imagine that he would get another chance in Formula 1. But I don’t know who Alpine should take at the moment."