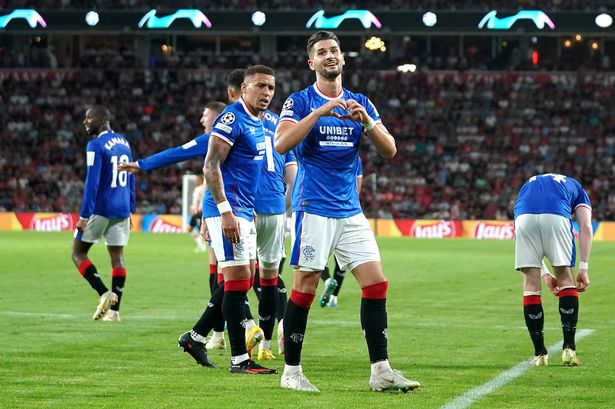 Rangers fans are buzzing after their side ended 12 years of pain by qualifying for the Champions League group stage in emotional scenes.

The Scottish giants sealed their return for the first time since 2010 on Wednesday night with a 1-0 win away to PSV Eindhoven, which earned them a 3-2 aggregate victory. Giovanni van Bronckhorst's side will now go into Thursday's group stage draw alongside Old Firm rivals Celtic thanks to Antonio Colak's winning goal in the Netherlands.

Both Scottish sides will be drawn out of pot four in Istanbul and could face European giants including Real Madrid, Bayern Munich and Manchester City.

Thanks to Rangers’ impressive performances in the Europa League in recent seasons, Scotland were awarded two spots in this season’s Champions League.

Although champions Celtic earned an immediate group stage berth, Rangers had to come through two rounds of qualifying to reach the competition proper. It will be the first time both Old Firm clubs have been in the group stage together since 2007.

After overturning a two-goal first leg deficit in the third qualifying round against Union Saint-Gilloise, Rangers were paired with Dutch giants PSV in their play-off tie.

A thrilling first leg at Ibrox last week saw both sides take the lead before the match ended in a 2-2 draw. However, there was no such drama in the Netherlands on Wednesday night, as summer signing Colak scored the only goal to send Rangers through.

Speaking after the match, former Rangers winger Neil McCann told BBC Sportsound: "What a result! This is huge. The riches, the prestige, for Rangers to get there considering the games they've had to get through and their poor away record in Europe. I'm so happy for them and Giovanni van Bronckhorst."

Rangers are the highest ranked side in UEFA's co-efficient charts to be placed into pot four for the group stage draw and only narrowly missed out on being in pot three.

Their run to last season's Europa League final has boosted their ranking as well as helping Scotland earn an additional Champions League berth.

The club last played in the group stage back in the 2010/11 season, finishing third behind Manchester United and Valencia.

This is a breaking sports story and is being constantly updated with the latest news, pictures and videos. Please refresh the page regularly.

You can also get email updates on the day’s biggest sports stories straight to your inbox by signing up for our sports newsletter .

Get all the very best sports news, pictures, opinion and video by following Daily Star every time you see our name.

Keep up-to-date with your must-see sports stories, features, videos and pictures throughout the day by following us on Facebook at https://www.facebook.com/DailyStarFootball

The post Rangers end 12 years of pain to qualify for Champions League in emotional scenes first appeared on europesportsnews.com.