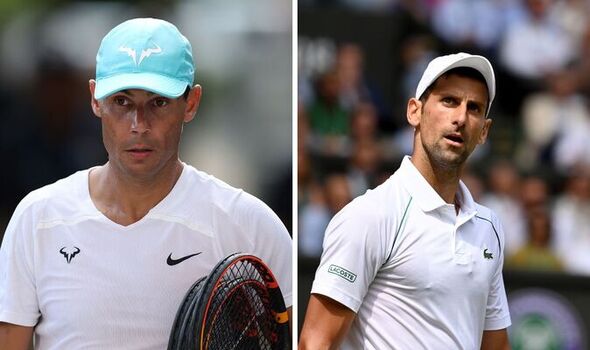 Dan Evans has claimed unvaccinated Novak Djokovic is a big miss from the US Open. And the British No.2 reckons Rafa Nadal would rather have the Serbian superstar at Flushing Meadows to win the title in “the best possible way”.

The Spaniard has the chance to stretch his lead in the GOAT by winning a third Slam of the season to take his total to 23. Djokovic won his 21st title at Wimbledon but is not allowed into the USA as an unvaccinated foreign national.

The world No.5 was deported from Australia in January after attempting to enter the country on a medical exemption after testing positive for Covid in December. Djokovic has won the US Open three times and only failed to complete a calendar Grand Slam last year when he lost the New York final to Daniil Medvedev.

Speaking before the final Major of the year, world No.22 Evans said: “It is a disappointment that Novak is not here. Obviously there is a rule but I think there can be unvaccinated players playing in the tournament. That is my understanding – if you are American, you can be unvaccinated.

MUST READ: John McEnroe outlines clear view on Rafael Nadal ahead of US Open – ‘No question about it’

“And I think the bottom line is that he would add something to this tournament. I don’t know the chats they had with the US.

“But I think it would have been nice to see him here. And I think people like Rafa would want him to be here so whoever does win the tournament, has won the tournament in the best possible way. But there were rules before and they have stuck to them.”

Evans reached the semi-finals of the Montreal Masters earlier this month and looks to continue his good American hardcourt season against Jiri Vesely of the Czech Republic in the first round on Monday. 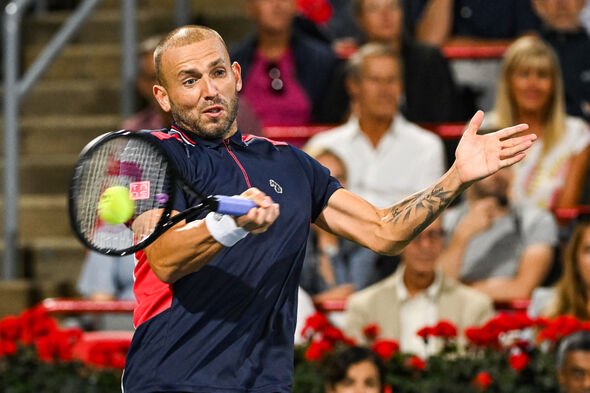 “It has been a good trip,” he said. “I have been here a long time but it has been good fun. Nice to see a lot of Brits doing pretty well so it has been a bit different from normal. It has been nice to be around everyone and see some good results.

“Everyone hangs out with everyone but not at the same time. I went out for dinner with Andy two nights ago. My pet hate is going out to dinner in a big group because it takes too long for food. Everyone gets on pretty well which is good for Davis Cup as well.”