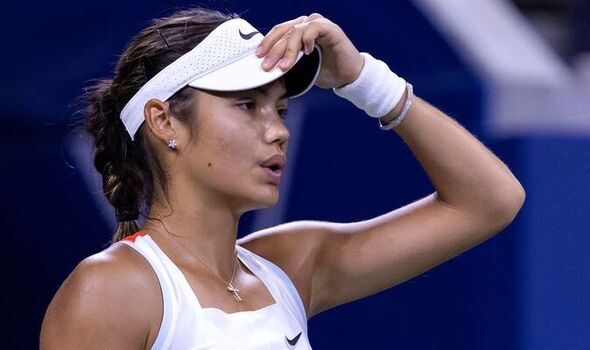 Emma Raducanu fell at the first hurdle of her US Open title defence as she lost to Alize Cornet in the first round. The world No 40 needed an hour and 41 minutes to send the reigning champion packing with a 6-3 6-3 win as Raducanu needed medical attention for blisters before losing five games in a row. The world No 11 is now set to fall outside of the world’s top 70 in a huge hit to her ranking.

Raducanu arrived in New York to face a monumental task that has been looming for the last 12 months – defending her historic US Open title. The Brit shocked the sporting world when she became the first qualifier in history to win a Grand Slam title last year as an 18-year-old ranked at world No 150, but she had a tough first opponent in Cornet – the in-form veteran who ended world No 1 Iga Swiatek’s 37-match winning streak at Wimbledon last month.

Returning as the 11th seed, Raducanu received a rousing applause as she walked onto Louis Armstrong Stadium to begin her title defence and got off to a strong start when she broke the world No 40 in a six-minute opening game but Cornet broke straight back. It was the 19-year-old who then got broken at 2-3 before breaking the Frenchwoman straight back.

But Cornet immediately regained her break advantage as the reigning champion struggled in the blustery conditions, hitting too many errors and giving the game away with a double fault. The Frenchwoman threw her racket to the ground as she went 0-30 down when serving for the first set but she won the longest rally of the match with a winner after 25 shots to set up set point, getting the crowd on their feet before closing out a 6-3 first set in 51 minutes – the first set Raducanu had ever lost at the US Open.

And things went from bad to worse for last year’s winner, who called the physio to the court to receive attention on a blister on her hand, with plenty of tape already visible on her fingers. Raducanu was then broken again to start the second set – losing her third game in a row – but broke straight back and ended up winning three successive games herself to take a 3-1 lead.

It didn’t last long as the former world No 11 earned the ninth break of the match to get back on serve and held to level at 3-3, putting herself within three games of the win. And Cornet had well and truly hit a purple patch as she broke once more to take a 6-3 4-3 lead, with Raducanu staring down the barrel of defeat as she retreated to her bench.

Cornet was well and truly on a roll as she set up match point on the defending champion’s serve, breaking to seal a 6-3 6-3 victory with a final error from the Brit. It meant the 32-year-old had won the last five games in a row from 1-3 down to send last year’s winner packing in the first round, and for the first time since 2014 Cornet was able to get past the opening match at all four Majors. 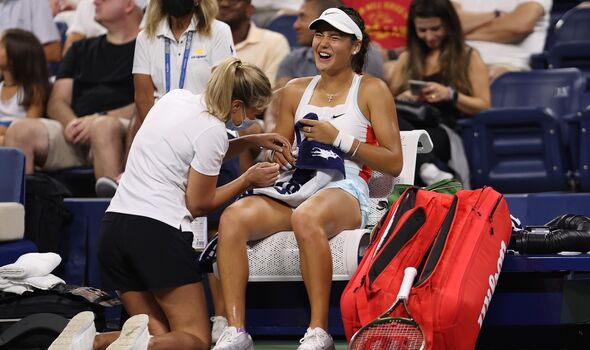 With the first round defeat, Raducanu is now expected to drop to around No 80 in the world as she will lose 2,000 of her 2,756 WTA ranking points. But the Bromley teenager has remained unfazed at the prospect of a big drop, previouly saying: “Regardless of whatever the result is, I can just start again, clean slate. If all my points drop off then I’ll work my way back up. I think it will be, regardless of what happens, [a] fresh start.”

Speaking after her surprise win over last year’s champion, Cornet admitted her variety helped her to defeat Raducanu. “I think it was a bit of everything,” she said in her on-court interview. “I did a lot of variation and I think that’s what worked tonight, but I should definitely keep the drop shot in my game.”