Man Utd need to get over Ferguson exit – Javier Hernandez

Paris Saint-Germain have threatened to banish seven of their senior players to the club’s second team in a bid to get them to leave, according to reports in France. New Manchester United transfer target Mauro Icardi is among seven players who could find themselves playing in the fifth tier of French football if they fail to secure an exit.

Some of the players have been linked with departures, although others have so far failed to attract any strong interest. Man Utd have been loosely suggested as a possible destination for Icardi, amid the Premier League club’s search for attacking reinforcements.

Brazilian midfielder Rafinha is wanted by La Liga outfit Real Sociedad, while defender Thilo Kehrer has caught the attention of West Ham and Sevilla. Others have been told to find new clubs while they train away from their team-mates, and could end up playing for the club’s reserve side in National 3 – the fifth tier of French football.

JUST IN: Tottenham star ‘flying for medical’ as ‘irritating’ player set to exit 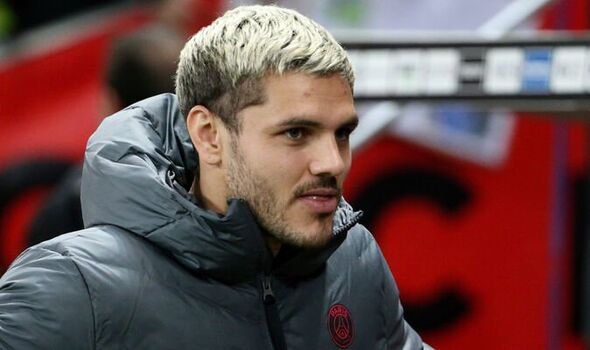 The stars have been forced to train away from the first team but must follow the ‘routines’ of their colleagues. Should they not find moves, they will be welcomed back into the senior fold.

That is according to French publication Le Parisien, who went with the headline: ‘The Undesirables’.

Young players Edouard Michut and Eric Junior Dina-Ebimbe, who had previously been promoted to the first team, have also been demoted. Michut has been linked with a switch to Celtic. 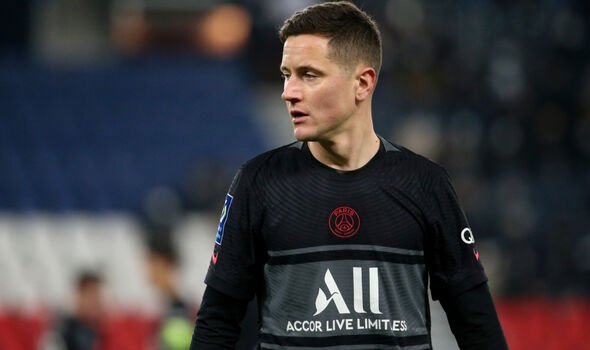 The Daily Telegraph claim that Man Utd have shown an interest in striker Icardi. The forward has seen his game time limited by the presence of Lionel Messi, Neymar and Kylian Mbappe.

Boss Galtier has said that the door is open for an exit. He said: “I saw Mauro at the start of the week. His absence last week was for tactical reasons, I told him that I want to reduce the size of the squad and not work with 25 outfield players. The club is working closely with Mauro to find the best possible solution.

“He’s had very little game time and I think it would be best for him to get back up and running. He hasn’t suddenly lost everything [he can do] but it’s true that it’s been complicated for the last two years. Being able to change location, to find a more favourable environment, can help you get back on track in your career.”