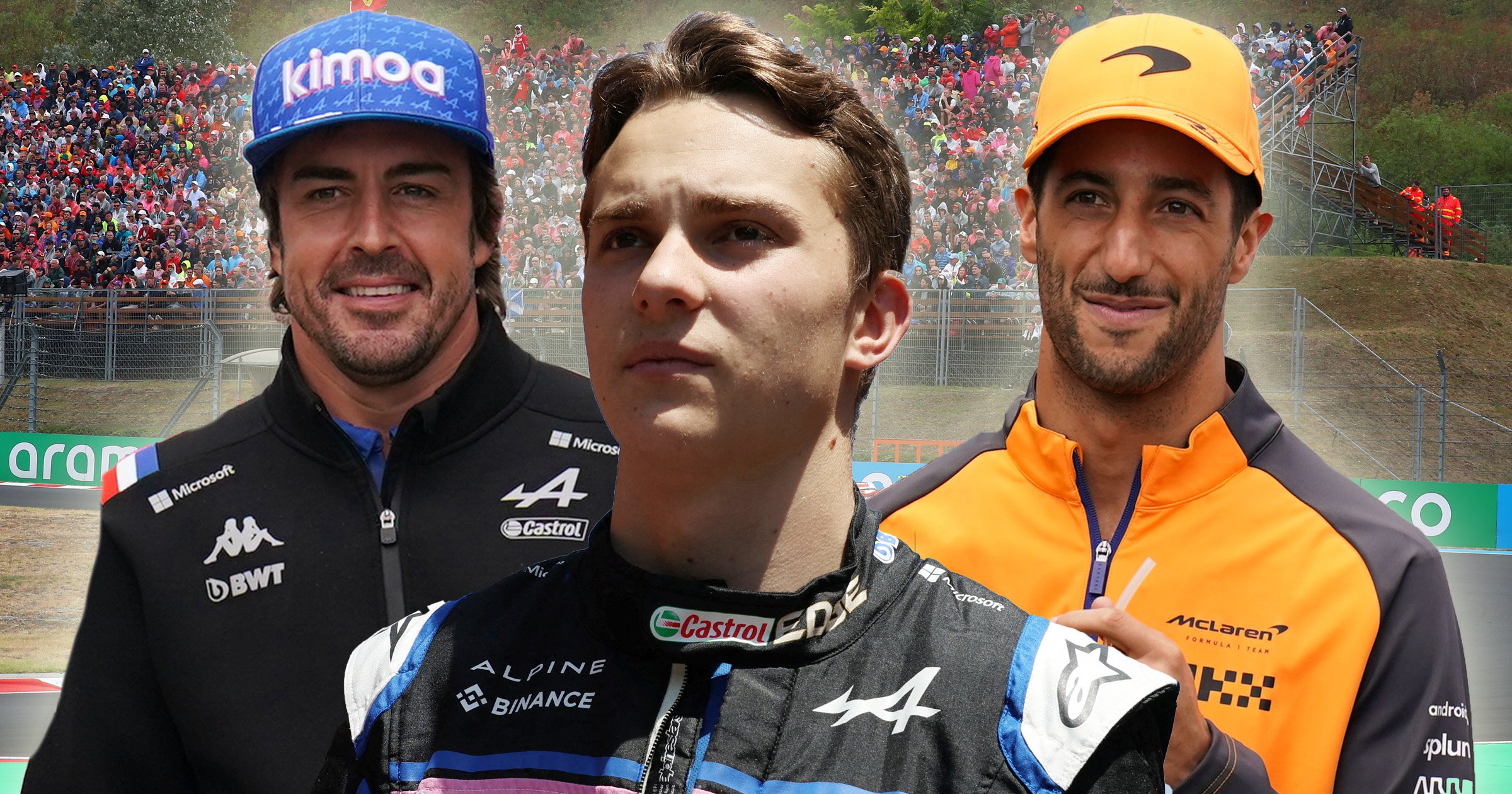 Formula 1 returns this weekend with the Belgian Grand Prix, as championship leader Max Verstappen looks to extend his advantage over the chasing pack.

Traditionally, the summer break is known as ‘silly season’, where rumours surrounding drivers’ futures are rife as the 20 most coveted seats in motorsport are fought over.

And the last few weeks have certainly lived up to expectations, with a shock retirement, surprise transfers and even a rebellious rookie dominating the headlines.

With that in mind, Metro Sport takes a look at which drivers will be/could be racing for every team in 2023, starting with the four that have already confirmed their line-ups for next season:

Love him or hate him, Max Verstappen is set to be an F1 driver for a long time, with his contract running until 2028, while Sergio Perez will remain his Red Bull teammate until at least the end of 2024 after signing a new deal shortly after winning the Monaco Grand Prix in May.

Both Charles Leclerc and Carlos Sainz Jr. are contracted to Ferrari until 2024 and will hope their fortunes with the Scuderia will improve over time, after seeing their championship bids fizzle away through little fault of their own.

When will Sir Lewis Hamilton retire? Not before the end of 2023 when his contract expires at the very least, while teammate George Russell will be on the grid for a while thanks to his ‘long-term contract’ with Mercedes, the exact details of which are under wraps.

This is where things get a little complicated. Lance Stroll essentially has an indefinite contract with Aston Martin, courtesy of his father Lawrence Stroll being the team owner.

Sebastian Vettel announced his retirement prior to the Hungarian Grand Prix in July, and just days later the team shockingly revealed the signing of Fernando Alonso on a multi-year deal, who had been expected to either stay at Alpine or retire for a second time. 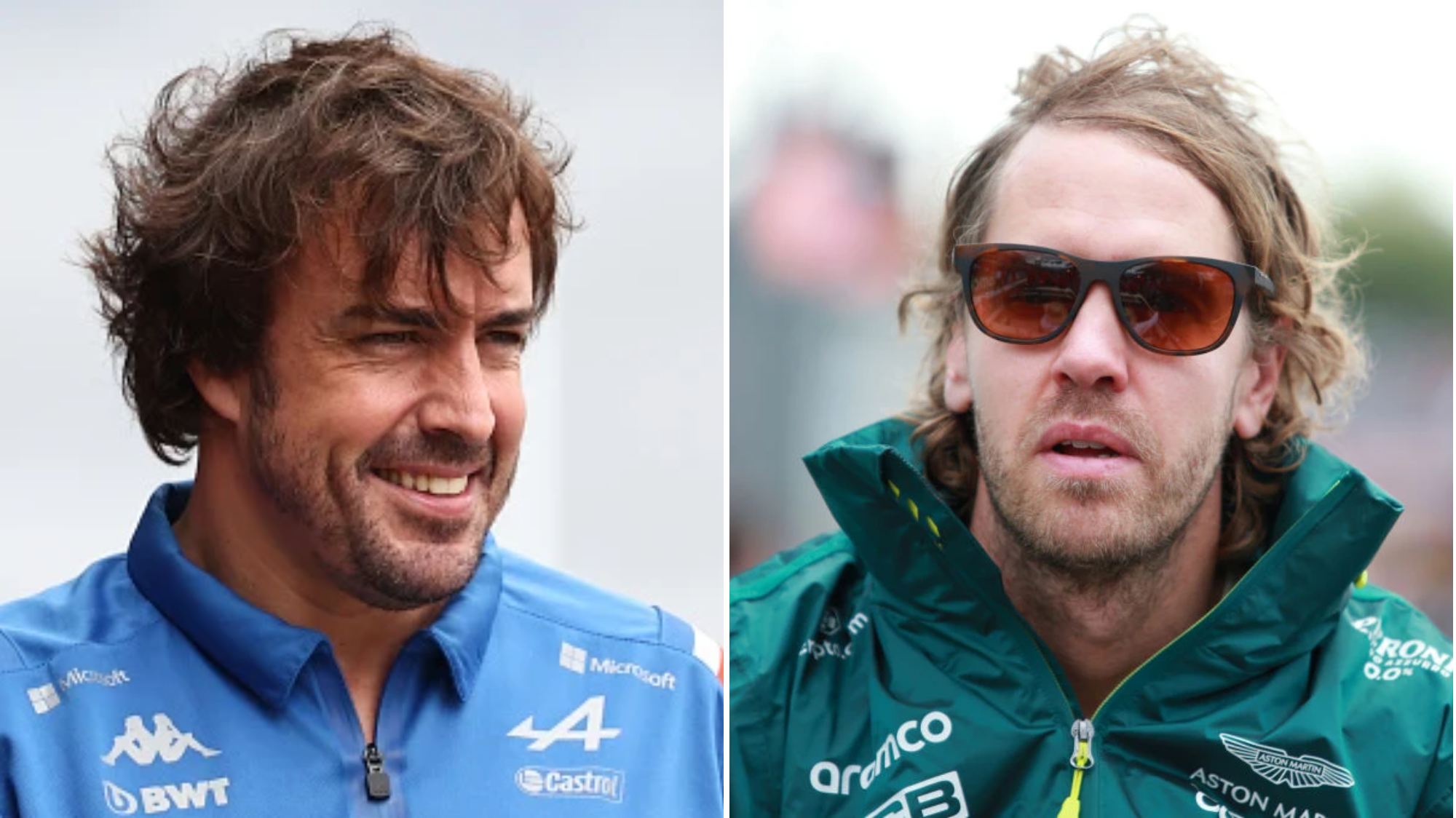 Alpine’s plan had been to retain Alonso for 2023, while reserve driver and academy graduate Oscar Piastri would be effectively loaned out, but with Alonso now leaving, the team quickly announced that Piastri would be driving for them next year alongside Esteban Ocon who is contracted until 2024.

However, just hours later Piastri posted on social media that Alpine’s announcement was incorrect and that he would not be racing for them next season, prompting the F1 community to go into full meltdown.

It is believed that the Formula 2 champion has signed a contract with McLaren (more on that later) having become tired of waiting for his chance at Alpine, but the French team are adamant that the young Australian will be racing for them next year and are even prepared to head to court over the matter.

But if Piastri does go, then McLaren driver Daniel Ricciardo will become available, and he has history with Alpine having previously raced for the team under the Renault name, while other options include Formula 2 leaders Felipe Drugovich and Theo Pourchaire.

Both Ricciardo and Lando Norris are under contract at McLaren for 2023, but, as mentioned above, the Woking-based team appear to have also signed Piastri, which could lead to Ricciardo parting ways early.

However, the 33-year-old previously declared that he planned to see through his deal despite his recent struggles, and it is said that only the driver and not the team has the choice to terminate the contract early.

Should they somehow lose both Australians, McLaren may well be forced to turn to another driver on their roster, like IndyCar racer Pato O’Ward.

Valtteri Bottas has a long-term deal, but rookie Zhou Guanyu’s place is under threat from the aforementioned Pourchaire, despite a solid first season in F1.

Pourchaire is currently second in the F2 standings and a member of the Sauber academy, which is part of the Alfa Romeo team, but whether they want to rush the 19-year-old Frenchman into F1 remains to be seen.

Kevin Magnussen has performed brilliantly since his unexpected return to the grid this season and will be sticking around for 2023, whereas Mick Schumacher endured a difficult start to the year and is out of contract, but in recent races he has shown glimmers of becoming of a top driver.

Haas are no longer obliged to run a Ferrari-backed driver so there’s plenty of options for Gunther Steiner to mull over, including Pietro Fittipaldi and his younger brother Enzo Fittipaldi, who just like Schumacher are related to a former world champion.

The Red Bull junior team have tied Pierre Gasly down for another season, but rumours are that the Frenchman can leave if a team higher in the standings offers him a seat, which may well appeal to Alpine.

Yuki Tsunoda meanwhile hasn’t made the progress AlphaTauri would have liked in his second season, but they may possibly renew his stay for another year given the lack of alternative options, as while F2 racer Liam Lawson is the most highly-rated Red Bull academy prospect, he may not be ready just yet.

Alex Albon has recently signed a multi-year deal with Williams, but the second seat is up for grabs with Nicholas Latifi very likely to be dropped after three underwhelming seasons with the team.

Young American Logan Sargeant is highly-thought of but the F2 driver lacks experience, so the team may well turn to Mercedes reserve driver and 2021 Formula E champion Nyck de Vries who has been waiting for a chance to race in F1 for many years now.