Rising star Paddy Pimblett is capable of becoming a bigger UFC star than Conor McGregor, according to former MMA competitor Dan Hardy. The Liverpudlian lit up the O2 Arena at UFC London after submitting Jordan Leavitt on the main card in the second round.

His charisma and confidence has been embraced by the fans and, despite not being the main event of the London card, he drew the most attention and competed in arguably the most popular match of the night. The future looks bright for the 27-year-old to the extent that Hardy predicts he has the potential to eclipse the legacy of Conor McGregor.

“I think they’re in different places, and it’s difficult to compare the two of them,” Hardy said this week on The MMA Hour . “But you could certainly see it building to a superfight at some point, just not anywhere near it right now. Conor’s up near the top of the top of the division, Paddy’s got to build himself into that position.

“I would hope Paddy’s focus is on the belt, as opposed to the superfights right now, because he’s in a very strong position where he could become something way more than Conor McGregor. I know that’s a difficult thing for us to imagine, but we couldn’t imagine Conor McGregor before he stepped out of Cage Warriors.”

While Pimblett has made an impressive start to his UFC career, the Irishman’s first three fights in the company were electric and he has gone on to become one of the greatest stars ever seen in the sport. However, Hardy did explain one difference between Pimblett and McGregor. “Conor’s not the same,” he added. “He’s not as easy to gravitate toward as he used to be in the beginnings of his career.

“It’s much easier to relate to people when they’ve stepped off the streets and they’re going through hard times. Now, he’s living on yachts and stuff. I think he’s quite estranged from his fan base, and I think people will tune in due to the fact that he’s an entertainer. But I think people will follow Paddy to a much longer degree than they have done Conor, because I don’t think Paddy’s going to fall off in the same way that Conor did and find himself in handcuffs.”

McGregor has had several controversial incidents during his career, while more people became endeared to Pimblett after he made it clear he was fighting for something bigger than himself after he gave a passionate speech about mental health following his O2 victory. “There's a stigma in this world that men can’t talk,” he said post-fight.

Do you think Paddy Pimblett will emulate Conor McGregor in UFC?Let us know in the comments section below. 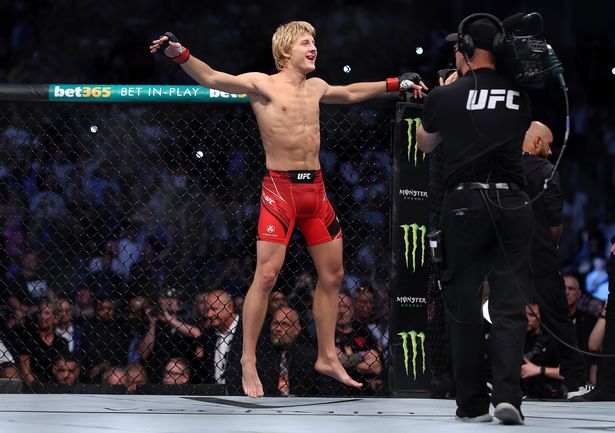 “Listen, if you're a man and you've got weight on your shoulders and you think the only way you can solve it is by killing yourself, please speak to someone. Speak to anyone. People would rather… I know I would rather have my mate cry on my shoulder than go to his funeral next week. So please, let's get rid of this stigma. Men start talking."

There has since been a surge in the number of men seeking help for their mental health. Men attending Andy's Man Club, one of the most prominent men's mental health groups in West Yorkshire, has since surged following Pimblett's plea, with many attending for the first time.

"Across both of the Leeds and Castleford groups we have 69 (10 new) and 39 (9 new) who attended respectively. It just shows how much the groups are needed and how more and more men are talking if they're struggling," Andy Wilson, who is facilitator at Andy's Man Club, told the Yorkshire Evening Post.

"The interview with Paddy Pimblett following his fight at the weekend can only have helped raise awareness on how important is for people to open up and talk if they're struggling with anything and a reminder once again that it's okay to talk."

The post Paddy Pimblett can be ‘something way more’ than McGregor who’s ‘not the same’ first appeared on europesportsnews.com.