Thrashing Norway in the group, edging past Spain in the quarter-final and holding their nerve against Germany at Wembley… how the Lionesses roared to Euro glory

After six wins and a little over 540 minutes, an England football team has finally ended the 56-year wait for a major trophy.

Contents
Thrashing Norway in the group, edging past Spain in the quarter-final and holding their nerve against Germany at Wembley… how the Lionesses roared to Euro gloryShare this article

The Lionesses have delivered glory for the first time since the men at the home 1966 World Cup after Sarina Wiegman’s side defeated old rivals Germany 2-1 at Wembley on Sunday.

Tournament success looked a long way away after narrowly edging past Austria in their first group game but they handled the pressure brilliantly and turned up when it counted.

Below, Sportsmail looks at how England finally delivered the glory fans have craved at Euro 2022. 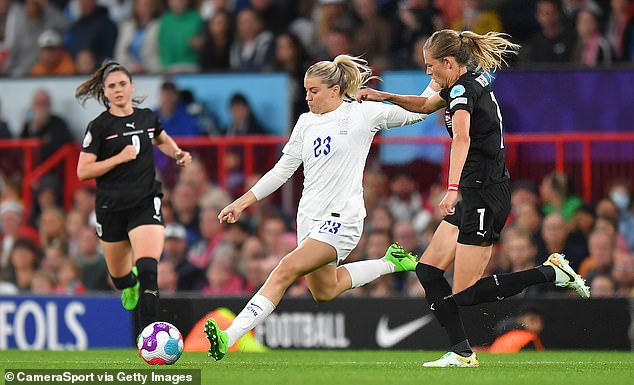 A solid start for England and Beth Mead, who scores the only goal of the game in front of a record crowd at Old Trafford.

For all of their dominance, England are worryingly wasteful in attack and don’t win by a comfortable margin.

A dramatic improvement in front of goal sees England thrash Norway, who had been billed as their toughest test.

Hat-trick hero Mead is the star of a night in which her side fly into a 6-0 lead before the break. It is the biggest-ever win at a women’s Euros. 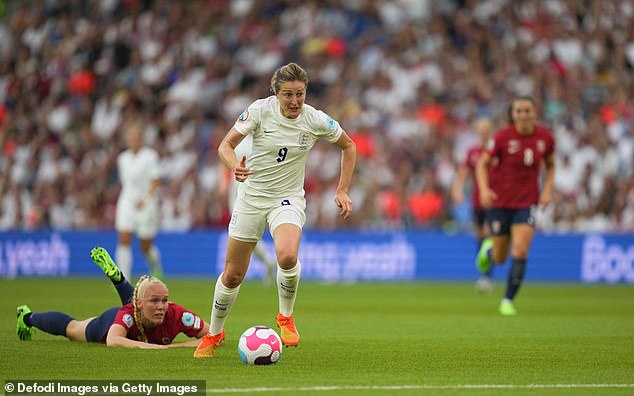 England thrash Norway in their second group game, which had been billed their toughest test

The Lionesses serve up another drubbing, even with boss Sarina Wiegman absent from the technical area after testing positive for Covid-19.

Super-sub Alessia Russo introduces herself to the nation with two goals from the bench as England top Group A.

Ella Toone is the hero for the Lionesses, who had been six minutes away from crashing out of the tournament. A stunner from Georgia Stanway in extra time seals England a place in their fourth successive women’s major tournament semi-final. 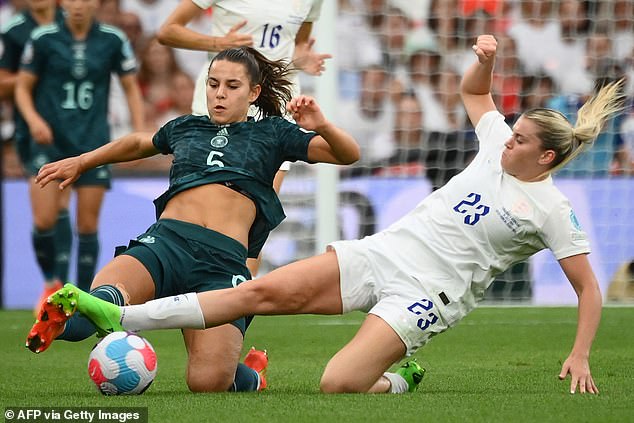 A Germany leveller forces extra time in the final, but Chloe Kelly sends Wembley into raptures

After three straight semi-final heartbreaks, England book their place in the final at Wembley by overcoming the highest-ranked nation in the competition. Russo’s incredible back-heel goal will live long in the memory.

Toone comes up trumps in another big moment, opening the scoring with a sublime chip. An excellent equaliser from Germany forces extra time, but Chloe Kelly sends Wembley into raptures by prodding home the winner from close range.

The post Norway, Spain, Germany – how the Lionesses roared to Euro 2022 glory first appeared on europesportsnews.com.