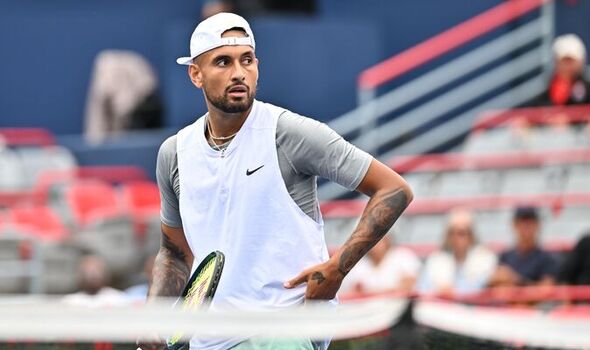 Nick Kyrgios has more difficulty ahead of him at the Cincinnati Masters after his loss to Hubert Hurkacz in Montreal. The world No 37 was on a nine-match winning streak before the Pole ended his run in the quarter-finals and things won’t get any easier for Kyrgios, who has drawn Novak Djokovic’s conqueror Alejandro Davidovich Fokina in the first round of next week’s tournament.

Kyrgios is enjoying a red-hot summer, reaching back-to-back semi-finals on grass before making his maiden Grand Slam singles final at Wimbledon. The Aussie had won nine matches in a row since Djokovic beat him at the All England Club, picking up the title in Washington last week and reaching the last-eight in Montreal.

His run ended at the hands of the world No 10 on Friday, as Hurkacz narrowly took the first set of their quarter-final clash 7-6(4) before Kyrgios fired back to take the second set tiebreak 7-6(5). But the 27-year-old seemed to collapse physically and mentally in the final set as the Pole downed him 7-6(4) 6-7(5) 6-1 to end his streak.

And the world No 37 won’t get much of a break before he faces his next challenge, as he has learned his fate at the upcoming Cincinnati Masters and opens with a very tough first-round opponent in Davidovich Fokina, the man who sent Djokovic packing from the Masters on Monte Carlo earlier this year before making it all the way to the final.

JUST IN: Djokovic US Open ban slammed amid claim Federer or Nadal would be ok 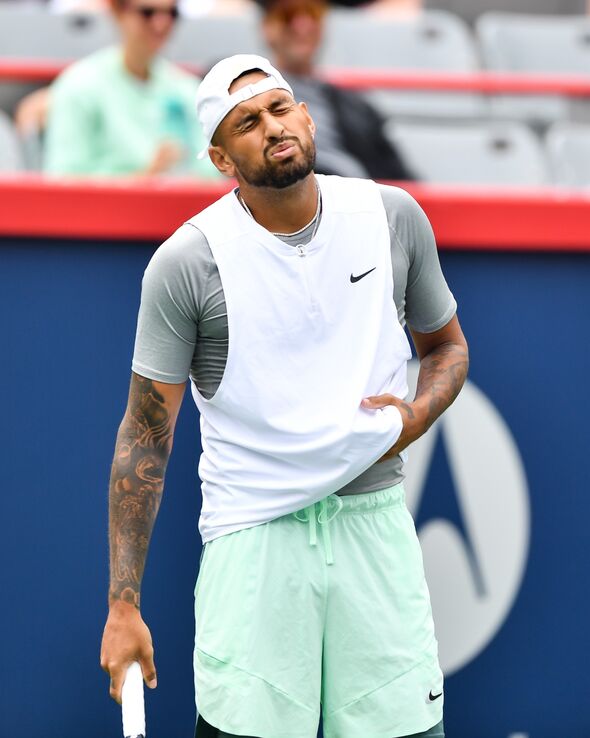 The young Spaniard is a showman shotmaker just like Kyrgios and isn’t afraid to hit a few tweeners or underarm serves, so the 27-year-old will well and truly meet his match in Cincinnati. It will be the first meeting between the pair, who currently sit just one spot apart in the rankings at world No 37 and 36 respectively.

Kyrgios has made no secret that he’s hoping to have deep runs in the two Masters events before the US Open, and will be aiming to do better in Cincinnati after losing in the quarters this week. “These two weeks in Canada and Cincinnati I plan to use up everything I have in the tank,” he said earlier in the week, after upsetting world No 1 and defending champion Daniil Medvedev. 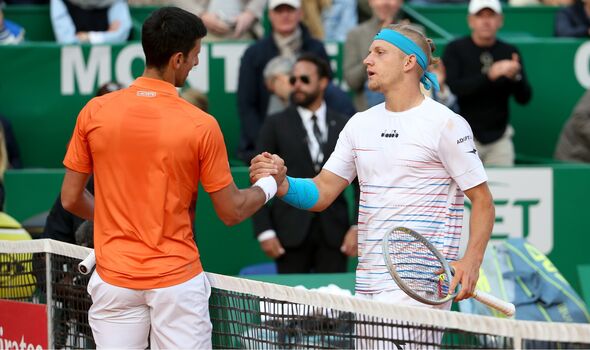 “It will be two important weeks. I’ve already played in the finals in Cincinnati, I’m confident.” Despite losing to Hurkacz, the former world No 13 has still cemented himself as a contender for the upcoming US Open after beating Medvedev in Canada and winning both the singles and doubles titles in Washington last week.

But Kyrgios will want to be on his game when he faces Davidovich Fokina, after revealing that he would regret not making the most of the two Masters 1000 events in case his US Open run doesn’t go as hoped.  “There’s no guarantee of having a great two weeks at the US Open, even if I feel good. I’m going one day at a time. I don’t think too far ahead. Because if I lose in New York, I will regret that I didn’t give everything in those two weeks,” he added.

The post Nick Kyrgios to face more difficulty in Cincinnati as he learns fate after Montreal exit first appeared on europesportsnews.com.