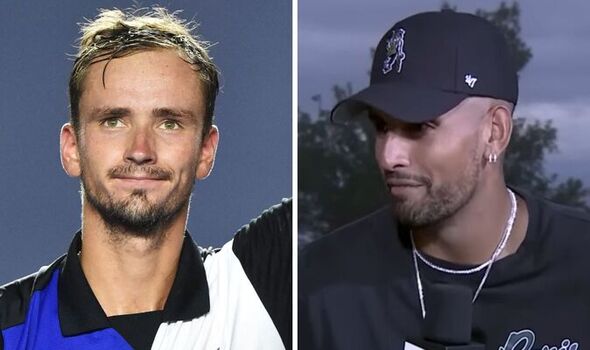 Nick Kyrgios admits it “sucks” to face Daniil Medvedev next at the Canadian Open as the Australian tennis ace bids to continue his impressive form. Kyrgios is arguably in the form of his life at the moment having won 13 of his last 14 singles matches played.

The only defeat in that time came in the Wimbledon final and he’s carried that form into the North American hardcourt swing this summer. He became the first person in history to win the men’s singles and doubles titles in the same year at the Citi Open last week.

With such little time to rest before the Montreal Open, Kyrgios admitted at the weekend that he was tired and in need of some rest heading into the tournament this week. But he continued that fine form against Argentina’s Baez, winning in straight sets with world No 1 Medvedev now waiting in the second round.

Kyrgios feels full of confidence heading into the clash, but he’s also fully aware of how tough it’s set to be this evening. “I know I’ve got Medvedev next which kind of sucks,” he told Tennis Channel. 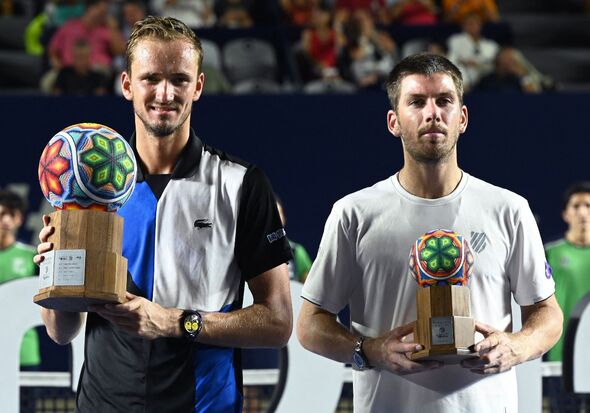 “I feel like against pretty much any player right now, I’d feel extremely confident. Obviously I feel confident going up against him, but we all know what he can produce.

“It’s going to be a good match for sure. I’m a bit tired but I’m gonna try and give him a good run.” He added: “I’d like to play 95 per cent of the draw in the next round but if it’s anything like today, I know there’s going to be a lot of balls coming back and it’s going to be tough.

“A part of me wants the challenge, but a part of me knows it’s not going to be easy at all. I’m not gonna shy away from it, I’m going to do everything I can to recover and rest.

“But he’s a hell of a player and it’s incredible to see how he plays. He returns so far back, hits some crazy shots that we’ve never seen before. He does it his own way, he’s unorthodox and really special in the game. I love watching him play because he just looks so crazy out there, it’s like nothing I’ve ever seen.

“I love people who just play the way they want to play. He’s comfortable in his own skin so hopefully it will be two contrasting styles as well. Not going to get much different tennis from me, I’m going to serve massive and play big and try to dictate. If I do that well, usually it works.”

The pair have faced off three times on the ATP Tour with Medvedev winning their most recent encounter at the 2022 Australian Open. But Kyrgios clinched victory in both their other matches in 2019 during the claycourt season.