Nick Kyrgios has earned his fair share of code violations throughout his tennis career, but he cheekily handed out one of his own at the Citi Open on Thursday morning. The 27-year-old got into a late spat with an umpire as he looked to progress into the third round at Washington.

And progress he did, with a comfortable 6-3 6-4 victory over 14th seed Tommy Paul, continuing his impressive form in 2022. The headline-grabbing Aussie only needed 85 minutes to navigate past Paul, winning 37 of 44 points after making his first serve and breaking three times throughout the clash.

But there is rarely a Kyrgios match without a talking topic away from the actual tennis. As he secured his first match point, with Paul serving at 4-5 (30-40) in the second set, the umpire indicated a power loss in the stadium, slightly delaying play and disrupting the Wimbledon finalist’s flow.

After Paul saved the match point with a forehand winner from his return, Kyrgios was visibly disgruntled, shaking his head. He then received a code violation for ball abuse, to which he responded by giving the umpire one of his own. He said: “What about a code violation for the bad idea by you to slow the game down?”

JUST IN: Nick Kyrgios apologises to fan after reviving tradition at Citi Open 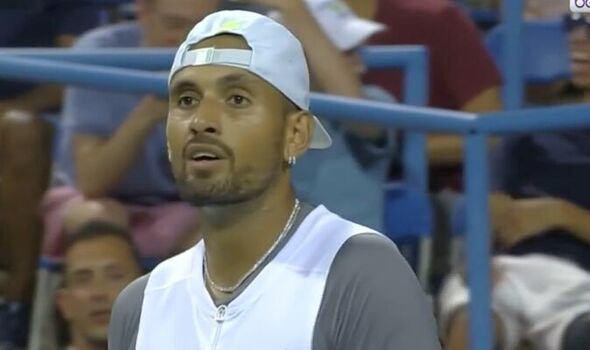 The disagreement didn’t distract Kyrgios from completing the mission, though, as Paul produced his second double fault of that game on deuce before sending a forehand long. He is vying for his first singles trophy of the season with a repeat of his 2019 success in Washington and now boasts a 23-7 record in 2022.

Kyrgios faces his toughest test at this year’s Citi Open yet in the third round, where another American, fourth seed Reilly Opelka, awaits. The unseeded star is yet to defeat Opelka in his career, losing at last year’s Canadian Open and Houston earlier this season. 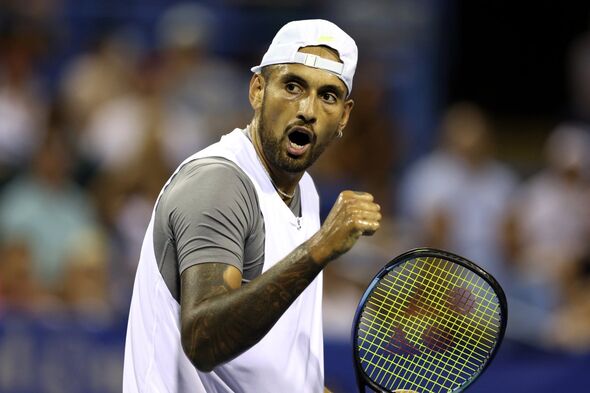 But he’s in a positive place after his successful Wimbledon run and will be full of confidence to come out on top finally. Kyrgios has already explained how delighted he is to be playing near his best at the Citi Open after a disappointing 2021 showing.

He said: “I won the tournament in 2019. Seeing my name up on the stadium and then knowing I didn’t play well here at all last year. I lost in the first round, and I was just going through such a dark time in my life. I’m just so happy to be here with my team, the love and support from the crowd. I’m just really happy to be out here playing some good tennis again.”