Nick Kyrgios gave a frosty post-match press conference after crashing out of the Canadian Open quarter-finals to Hubert Hurkacz on Saturday. The 27-year-old didn’t mince his words by letting reporters know he’d rather be elsewhere than speak to them after his exit.

Kyrgios’ winning form came to an end in Montreal after he lost 7-6 (4) 6-7 (5) 6-1 against the 10th-ranked Pole. He looked fatigued throughout the first two sets and capitulated in the third as Hurkacz booked a semi-final clash with fourth seed Casper Ruud.

The Australian star hasn’t earned a reputation for being warm towards the media throughout his controversy-filled career, and there was no love lost after the match. After just his second defeat in 17 matches, Kyrgios was brutally honest about his thoughts on media duties.

He told reporters he ‘couldn’t care less’ about them and admitted he only shows up to avoid adding to his long-running list of fines: “As for media, I couldn’t care less,” he said. “I do this because I have to be here, and I don’t want to get fined, so… I mean, it’s routine. I don’t really enjoy it, to be honest. I’d rather not be here right now.” 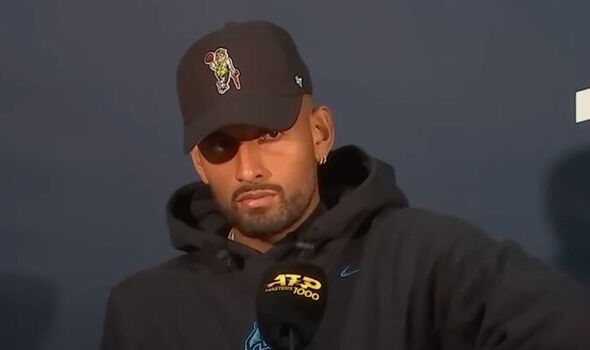 Kyrgios fought hard and recovered well to win the second set, but he crumbled during the decider. A lengthy toilet break taken by Hurkacz contributed to his frustration as he aimed a rant at the umpire for how long his opponent had taken. “We’re not f***ing machines, bro,” Kyrgios ranted. 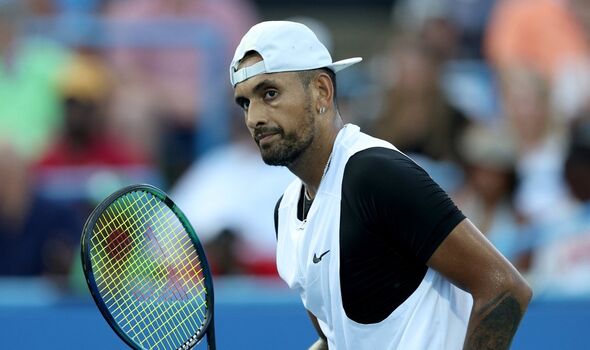 At the start of August, he became the first male player to win the Citi Open singles and doubles titles in the same year amid a hectic schedule. And following his defeat, Kyrgios claimed he had struggled physically throughout the week and wasn’t helped by the long pause for Hurkacz’s toilet break.

The Aussie explained: “My body hasn’t been feeling great the last week. When you stop playing for five, 10 minutes, it doesn’t help your body. My body was so stiff after that; I couldn’t move properly. My abdominal was hurting. It’s within the rules [toilet breaks], so I’m not going to complain. I just completely stiffened up.”