MotoGP star Aleix Espargaro was sent flying up into the air after his bike gave way during the final practice session at the British Grand Prix.

The Spaniard was cornering at 100mph on Saturday (August 6) when he was launched from his Aprilia in a high side crash, where a rear wheel slide is over-corrected and flips the rider in the opposite direction.

He was carried away on a stretcher following the scary incident and taken to the medical centre. Amazingly, he returned for qualifying and then broke the Silverstone lap record, though ultimately finished sixth.

READ MORE: 'I went 170mph on back of a bike with an ex-MotoGP star and it was absolutely terrifying'

Despite avoiding any broken bones, Espargaro was clearly in a lot of pain and had his ankles heavily bandaged afterwards. He said: "The crash was the last thing we needed.

"I was feeling good on the bike, pushing hard, and the high side was rather violent. I’m in a lot of pain and it is getting worse, so along with the team and the docs, we decided it would be best for me to rest until tomorrow and then evaluate the situation after the warm-up. 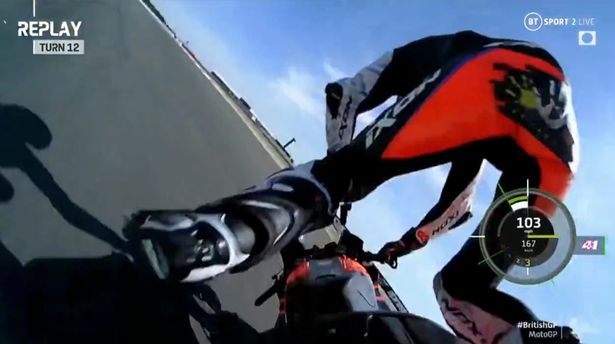 “I’ll obviously do everything I can to be on the track but, since we’re talking about a part of the body that is highly stressed during riding, we’ll have to see if it’s possible."

Aprilia have this morning confirmed that the 33-year-old will compete after he got through the warm-up. They said: "The pain is still an issue but we hope it can be managed." 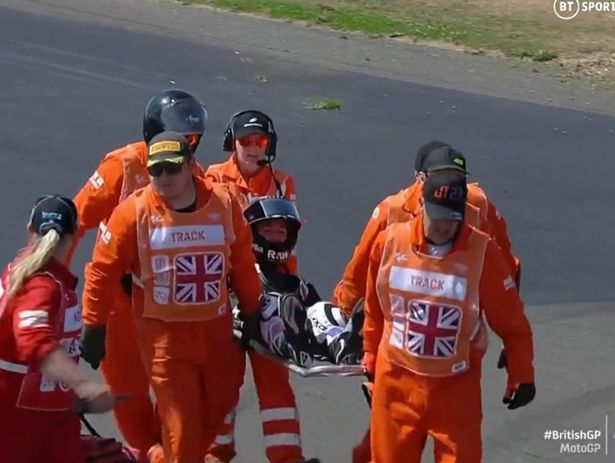 Espargo is currently 21 points behind championship leader Fabio Quartararo, who qualified in fourth but has a Long Lap penalty to serve in the race.

His team-mate Maverick Vinales, who qualified second on the grid behind Ducati’s Johann Zarco, has pledged to help his title charge.