Mick Schumacher was relieved to jump out of his Haas following Sunday’s Belgian Grand Prix – and it wasn’t just because he finished a lowly 17th.

The son of seven-time world champion Michael has had a tough season so far, raising doubts over his Formula 1 future, with his contract due to expire at the end of the year. The German had been linked with Aston Martin and Alpine, but Fernando Alonso will replace his mentor, Sebastian Vettel at Aston, while Pierre Gasly is being tipped to replace Alonso at Alpine, whose reserve driver, Oscar Piastri, looks set to join McLaren.

But Schumacher had another, more immediate issue to feel uncomfortable about as he made his way back to the Haas garage following the Grand Prix at Spa.

His engineer coolly replied: “OK, understood, yeah. We must have probably… the cockpit holes have opened up.”

Thankfully for Schumacher, unlike every other circuit on the calendar, there is no cool-down lap after the race at Spa due to the length of the circuit, meaning drivers go immediately into the pits after taking the chequered flag, meaning he could make a quicker-than-usual exit from the car.

Do you think Mick Schumacher has done enough to stay in F1? Have your say in the comments section below. 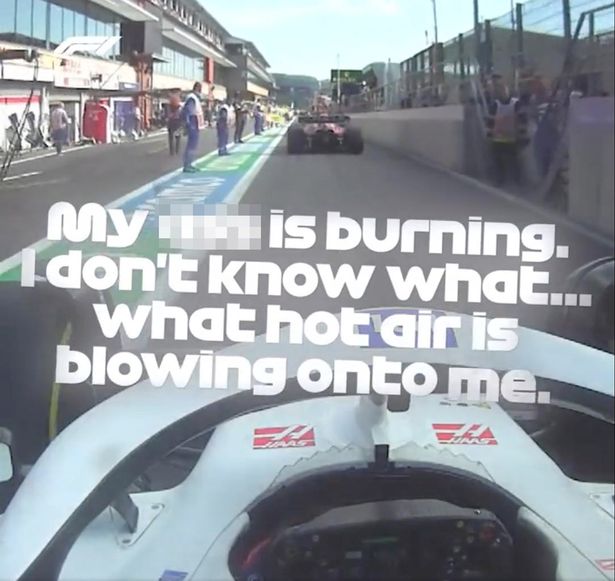 On the race overall, Schumacher admitted it was a struggle but is more hopeful for this weekend’s Dutch Grand Prix at the tight and twisty Zandvoort circuit.

“It was tough, especially after the safety car restart to see those cars driving by. It was frustrating not having any top speed compared to the cars around us,” he said.

“I think it was circuit specific that we struggled this week but with Zandvoort coming up we should be in a better position where we should be able to fight for points again and also, we should have a better read on the upgrade where it’s more comparable to Budapest. I expect us to go a bit forward and hopefully it will give us some points.”

The post Mick Schumacher complained ‘my a** is burning’ after Belgian Grand Prix first appeared on europesportsnews.com.