The F1 bandwagon has rumbled into Belgium for the first race following the summer race at the iconic Spa circuit.

It did so with plenty of controversy brewing off-track, not least the tug of war between McLaren and Alpine for the latter’s reserve driver, Oscar Piastri, and what that means for fellow Australian Daniel Ricciardo. It is certainly a juicy story which has kept the media busy during the long four-week-long summer break.

But it pales in comparison to events heading into the same race 31 years ago. The 1991 Belgian Grand Prix is best known as being the scene of Michael Schumacher’s F1 debut, when he brilliantly put his Jordan seventh on the grid, only for the car’s clutch to fail on the opening lap and force him into retirement.

READ MORE: Ten Formula 1 drivers you completely forgot about – and what they are up to now

Given how the race played out, with the other Jordan driver, Andrea de Cesaris, chasing down winner Ayrton Senna in the closing stages before suffering an engine problem, it is not outlandish to suggest Schumacher could have been in the fight for victory.

But it is circumstances which paved the way for Schumacher’s debut which were most extraordinary.

Jordan, in their debut season in the sport, had run De Cesaris and Luxembourg-born Bertrand Gachot. The latter had been particularly impressive, setting the fastest lap of the race at the previous Grand Prix in Hungary. Gachot was so confident going into Spa that he even bet his mechanics he would secure pole position, ahead of the likes of Senna, Nigel Mansell and Alain Prost.

But Gachot would never race at Spa. His world came tumbling down when he was sentenced to 18 months in prison after being convicted of causing actual bodily harm to a taxi driver the previous December. Gachot, in his girlfriend’s car, was driving himself to a meeting when he got into a dispute with the taxi driver. The cars touched bumpers in traffic, prompting the taxi driver to get out.

“It was bumper to bumper, we were stopped in traffic,” Gachot told F1’s Beyond the Grid Podcast last year. “I gave him a nudge. The driver got out of his car, opened my door and said he wanted to kill me.”

At which point, Gachot sprayed the taxi driver with tear gas, which was legal and commonly used for self-defence in parts of mainland Europe, but illegal in the UK.

“I didn’t know it was considered a weapon in the UK,” he said. “I was the one calling the police. I didn’t need to call the police because within about 30 seconds I was surrounded by about 200 taxi drivers who wanted to kill me.

“I went to the police station, everything was fine and half-an-hour later I was out and I went to the meeting. I thought I would get a fine or something because they explained to me it was forbidden in the UK.

“Nine months later I went to court and the judge put me in jail. I took the advice of three different lawyers and they told me I would get a slap on the wrist. The worst I could get [they said] was a suspended sentence. It was a complete shock.”

What's your favourite off-track F1 story? Tell us in the comments section below. 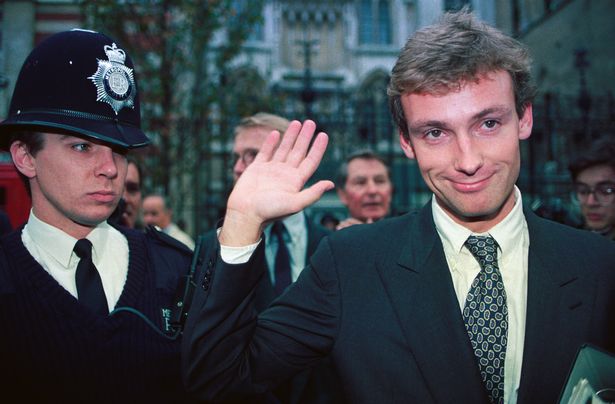 Jordan were preparing for a test at Monza in Italy when the shock news of their driver’s incarceration came through.

F1 journalist Mark Gallagher, then Jordan’s press officer, wrote in GP Racing last year: “I was at the Jordan ‘factory’, the former F3 and F3000 workshop when the phone rang. Fred Rodgers, solicitor and partner in Eddie Jordan Management, called to say that our Hungarian lap record holder had just been convicted of causing actual bodily harm to a London taxi driver.

“More than that, Bertrand would not be going to Monza. He had been jailed for 18 months. For Bertrand, tackling Monza was replaced by the challenge of adapting to life behind bars in Brixton prison.”

There was then a scramble to find another driver, with 1982 world champion Keke Rosberg, father of Nico, and former McLaren and Ferrari racer Stefan Johansson among the experienced options. 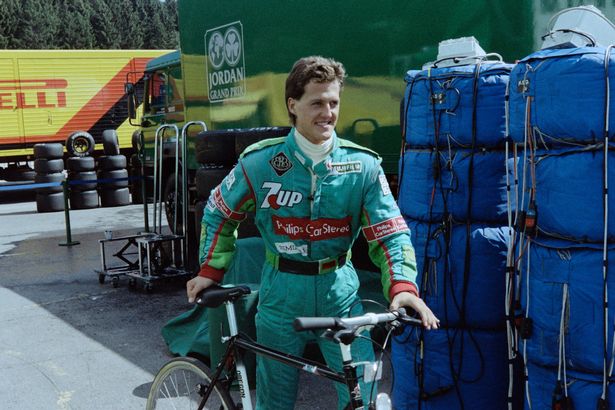 But as it does now, money talked in F1 and the offer of 150,000 US dollars by Mercedes sportscar boss Jochen Neerpasch, whom Schumacher was driving for at the time, to cash-strapped Jordan meant it was the young German who got the drive.

Schumacher spent just one Grand Prix in Jordan green as he was poached by Benetton ahead of the following race at Monza. An illustrious career featuring seven world titles and 91 Grand Prix wins followed.

Gachot, meanwhile, spent just two months in prison after his sentence was reduced by the Court of Appeal. He would return to Formula 1, driving for backmarkers Larrousse and Pacific, becoming a shareholder in the latter. He is now a successful businessman.

The post Michael Schumacher got big break after F1 driver was locked up for ABH first appeared on europesportsnews.com.