‘Even with a 360, we won the race…. crazy!’ Max Verstappen revels in sensational victory at Hungarian Grand Prix following uncharacteristic spin and admits ‘a podium spot was the best we hoped for’

Max Verstappen was in jovial mood after he extended his lead at the top of the F1 Championship following his victory at the Hungarian Grand Prix.

Contents
‘Even with a 360, we won the race…. crazy!’ Max Verstappen revels in sensational victory at Hungarian Grand Prix following uncharacteristic spin and admits ‘a podium spot was the best we hoped for’Share this article

The Dutchman suffered a disastrous qualifying result, leaving him 10th on the grid and outsider for the win in Budapest. However, the 24-year-old produced one of his most impressive races to take home the chequered flag.

Verstappen was helped by another questionable decision from the Ferrari team that took Charles Leclerc out of the running, and he would finish on top of the podium ahead of second placed Lewis Hamilton. 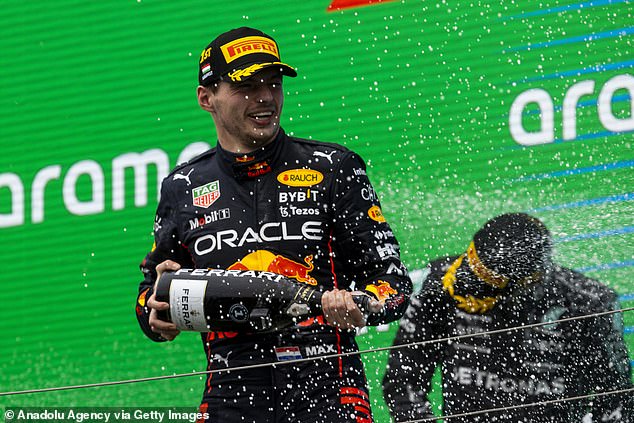 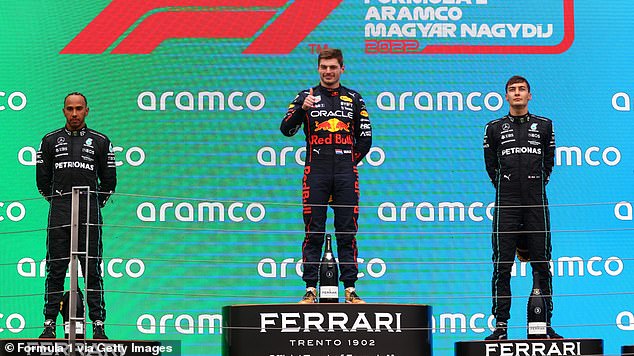 The victory was achieved in impressive fashion, too. As the Red Bull driver suffered a spin early on in the race. Verstappen was forced to overtake rival Leclerc twice, when after the first one he made made rare mistake by losing his rear end.

However, he was able to spin the card round to get himself pointing in the correct direction and ahead of the Ferrari driver.

‘I was struggling a bit with the shifts and the clutch, and we had to change a few things around that to basically burn the clutch,’ he said when explaining what had caused that uncharacteristic faux pas. ‘That cost a bit of performance and I think that caught me out of that corner. But luckily, I could do a 360 so I only lost one spot.’

Verstappen was also full of praise for his team’s race plan, who timed the pit stops perfectly so he could undercut his rivals and extend his lead at the top of the championship. 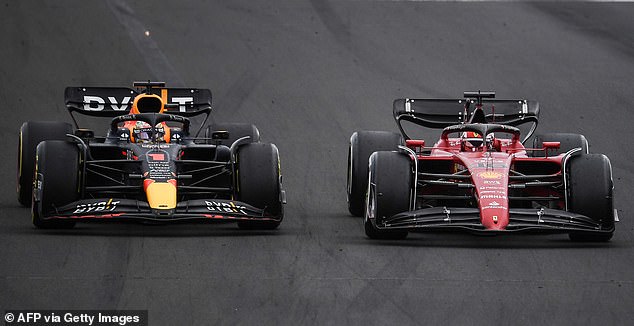 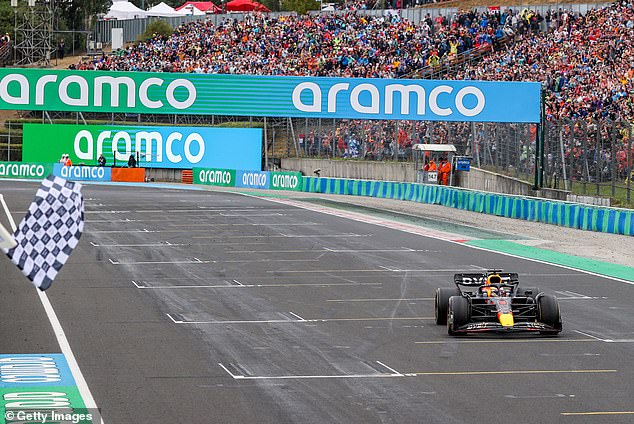 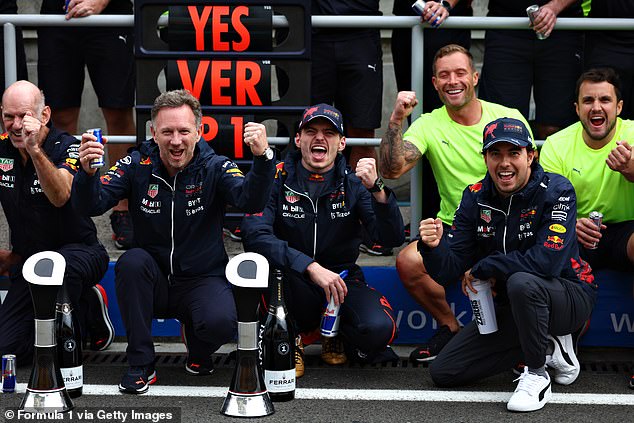 He continued. ‘Very tricky conditions out there. But I think we had a really good strategy.

‘We were really reactive and always pitting at the right time, I think we had some good out laps. Then, at the end, even with a 360, we won the race. I was battling a lot of guys so it was a lot of fun out there. Crazy race, and I’m very happy I won it.’

The Hungarian track has been known to be a difficult place for drivers to overtake and Verstappen admitted that he wasn’t sure victory was possible from where he started on the grid. 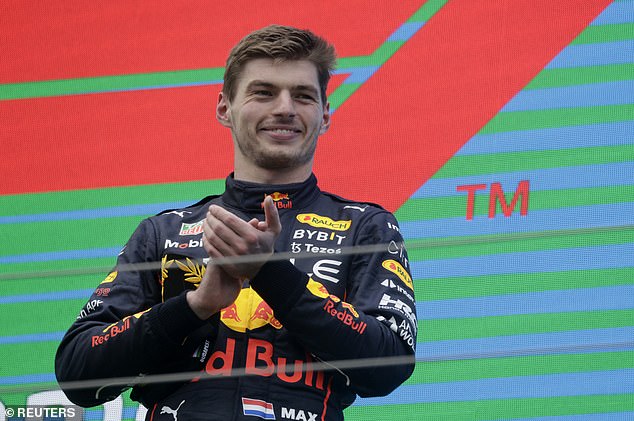 ‘I was, of course, hoping that I could get close to a podium,’ the Dutchman added.

The eighth win of the season means Verstappen has extended his lead at the top of the F1 Championship to 80 points over Leclerc in second place.

While Red Bull lead Ferrari by 98 points in the constructor standings ahead of the Belgian Grand Prix at the end of the month.