Manchester United are preparing to challenge Arsenal for the signing of Bayern Munich forward Serge Gnabry this summer. The Red Devils are quickly becoming the banes of Arsenal’s transfer window after already trumping their interest in Ajax defender Lisandro Martinez.

Gnabry has entered the final year of his Bayern contract, and the Bundesliga giants are looking to sell for £40million rather than lose him for free next summer, the Daily Star report. The 26-year-old has rejected their latest contract offer worth £ 220,000 a week, putting his suitors on red alert.

United and Arsenal are understood to have shown the most interest among the Premier League’s top clubs, with Erik ten Hag keen to recruit a forward to replace Edinson Cavani next season. Mikel Arteta’s motive is the same – filling the void left behind by Alexandre Lacazette after his contract also expired.

However, after Gnabry left Arsenal for Werder Bremen in a £5m deal in 2016, United could be the more willing to match Bayern’s valuation, despite his impressive antics across the last six seasons. Since his Emirates Stadium exit, the Germany international has contributed to 117 goals in 198 games for Werder and Bayern. 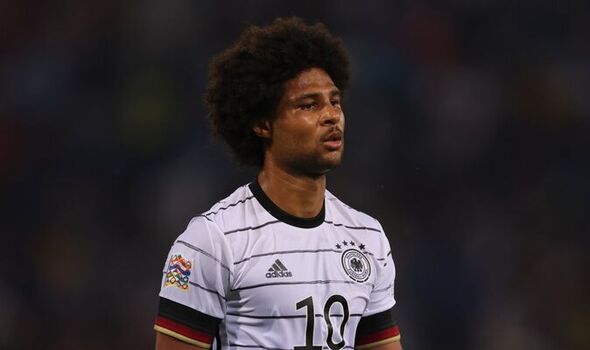 Gnabry’s ability to operate across the front line will attract Ten Hag and Arteta, particularly the former. The Dutchman inherits a squad with uncertainty surrounding attacking options, and reports suggesting Cristiano Ronaldo is looking for a way out of M16 could make the situation even more desperate.

A player of Gnabry’s ilk would ease his qualms and deny their top-four rivals another Champions League-level forward to bolster their goalscoring options. Arteta has already added Gabriel Jesus to his ranks following the capture of FC Porto playmaker Fabio Viera. 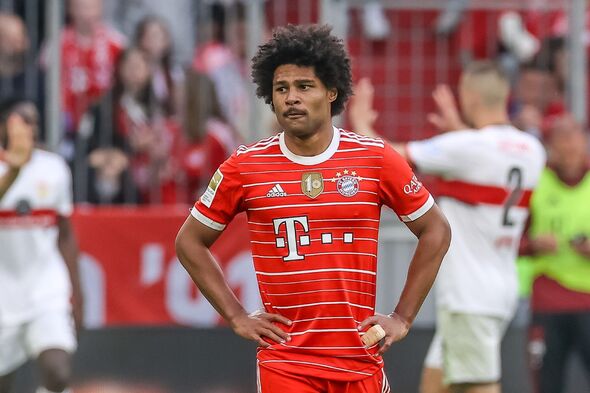 There could be a sense of vengeance on Arsenal’s mind if United contest the signing amid their battle over Ajax’s 2021/2022 Player of the Year, Martinez. It’s growing increasingly likely that the opportunity to reunite with Ten Hag at Old Trafford will be enough to persuade him to snub the Gunners’ interest, despite their formal approaches arriving before United’s.

Arsenal have already made two offers for Martinez, the latest totalling £35m. However, they both fell short of Ajax’s £43m valuation. United submitted their first bid on Saturday, worth £37m, and there is hope that the player’s desire to leave the Netherlands for the Premier League could help meet a compromise.