Mohamed Salah’s decision to sign a new contract at Liverpool will come as a relief to Jurgen Klopp, who can now formalise his plans for his starting XI in pre-season.

The Egyptian put an end to months of speculation about his future at Anfield after agreeing a new three-year deal will keep him at Anfield until June 2025.

Liverpool have moved to tie down the 30-year-old to a new deal, which will guarantee him as the club’s highest earner in their history on a deal worth £350,000-a-week, after watching Sadio Mane leave for Bayern Munich earlier this summer in a £37million deal. 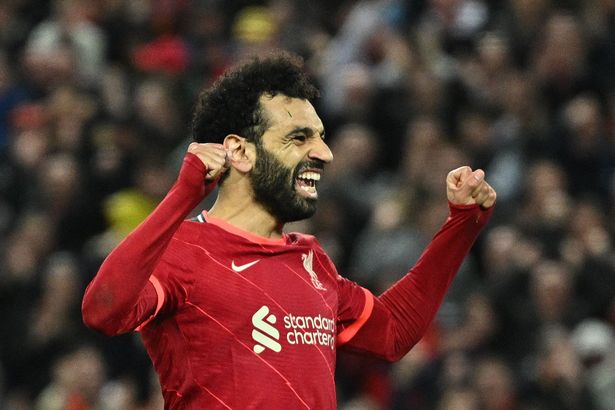 Salah will be the leading man once again in a much-changed Liverpool attack after the January arrival of Luis Diaz. The Colombian, a £49m signing from Porto, has already proved to be a popular addition from with Reds supporters after contributing six goals and four assists in his first 20 appearances.

Likewise, the exciting arrival of Darwin Nunez from Benfica will add an aerial presence to a frontline already overflowing with attacking talent with 34 goals for the Portuguese giants last season.

Along with Harvey Elliott, Diogo Jota and 19-year-old summer recruit Fabio Carvalho, Klopp has a wealth of options to choose from. Daily Star Sport have selected three possible systems that the German tactician could turn to in order to maximise the potential of his squad. 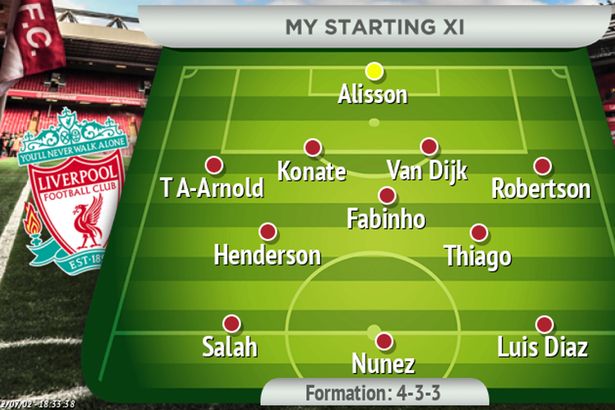 Klopp’s favoured system, at least from the start, would naturally involve Liverpool lining up in a 4-3-3 formation. Salah has made the right-wing spot his own over the past five years with only the occasional step into a central role, and that would give Nunez the chance to fill the void left by Mane.

Roberto Firmino and Diogo Jota will be hot on their heels as backup options, but it seems the German already has his favoured attacking trifecta in mind now that Salah has confirmed his place for next season. 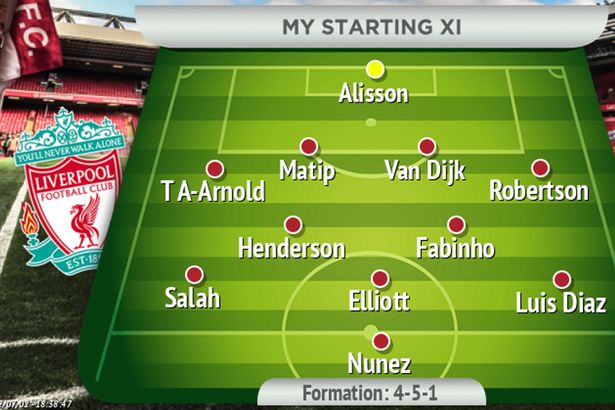 Against teams where Liverpool would be expected to dominate, Klopp may feel tempted to resort to a more attacking setup. With Nunez operating as a lone forward to bounce balls off, Salah, Diaz and Harvey Elliott — or Curtis Jones too — could potentially slot in behind the Uruguayan target man.

It is not a system often used by Klopp, although he has been known to throw on Firmino from the bench as the Brazilian suits that No 10 role. Such a system may also hand Jota a chance to get more minutes under his belt, while Joel Matip could be rotated in for Ibrahima Konate due to his composed presence on the ball. 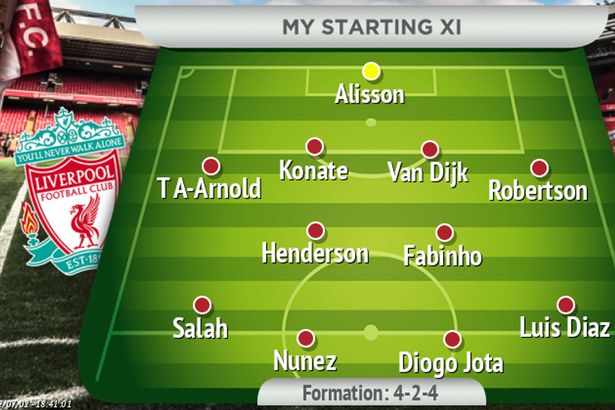 It is a bold call and not one that Klopp has used often. But when he has a gluttony of options to use in attack, the 54-year-old has been known to experiment with new tactical shapes. Surprisingly, he did so in the 1-1 draw against Manchester City back in the 2020-21 season at the Etihad Stadium.

Faced with the dilemma of dropping the in-form Jota for his favourite triumvirate, Salah, Firmino, Mane and Jota all started the game. And with six potential options and only three attacking slots to fill, Klopp may be tempted to give it another whirl next season.

With Nunez operating as a deep-lying centre forward and his strike partner Jota feeding off scraps as the fox in the box, it could easily backfire on Klopp. But it looks so crazy that it just might work.