The Lionesses defeated Germany 2-1 at Wembley to mark the nation’s first major trophy since 1966. Ella Toone came off the bench to score the opener in normal time before Germany's Lina Magull levelled, sending the final into extra-time.

Chloe Kelly, who came on as a substitute, put the side 2-1 ahead late in the extended period as England came out on top. The subsequent scenes were filled with jubilation. The Wembley crowd cranked up in full volume as the England side lapped up the acclaim and lifted the trophy.

And it appears that the celebrations went long into the dressing room. When manager Sarina Wiegman was speaking to the press after the win, the entire England squad burst into the room and started to serenade her with David Baddiel, Frank Skinner, and The Lightning Seeds' classic song Three Lions.

Fans on social media responded to the joyous scenes after seeing Wiegman's presser hijacked. One said: “They really make it looks so fun.” Another wrote: “The hip movement from the goalkeeper yeah….ayo.” A third wrote: “Brilliant – I’m amazed half of them are able to dance round after the brutal encounter.” A last one said: “They deserve their time in the Limelight. They've worked hard. They've shown the men how to do it.”

Is this the greatest sporting moment of the year? Let us know in the comments section below. 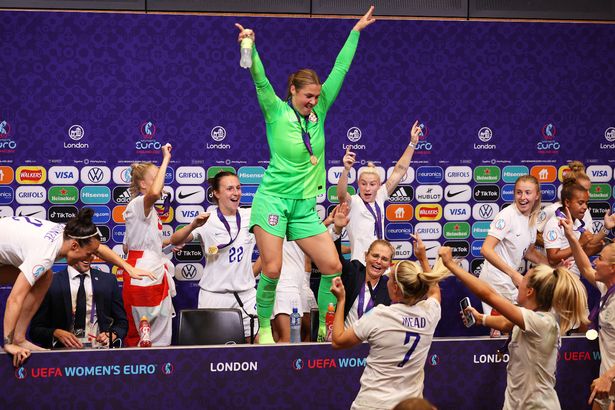 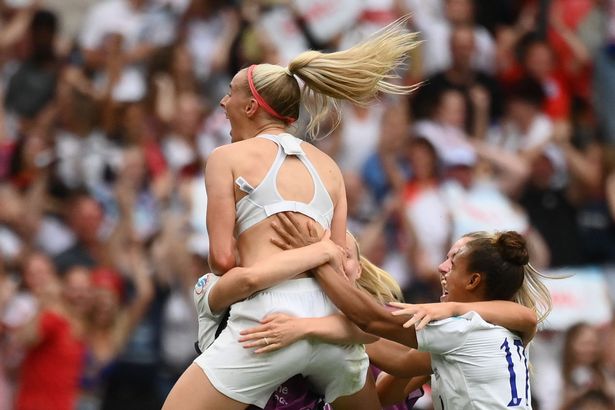 Wiegman had guided England to become European champions for the first time in their history. More than 87,000 were at Wembley to witness what is one of the greatest sporting moments of the year. The Dutch boss was appointed as England manager less than a year ago – and the side even remain unbeaten under her watch.

The win at Wembley marks the 18th victory of the 20 games she has been in charge. “It was so tight but who cares?” Wiegman said to the reporters after the encounter. “We won 2-1 and we are European champions. 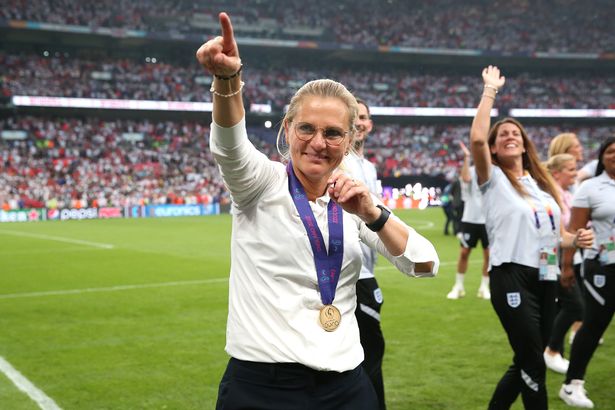 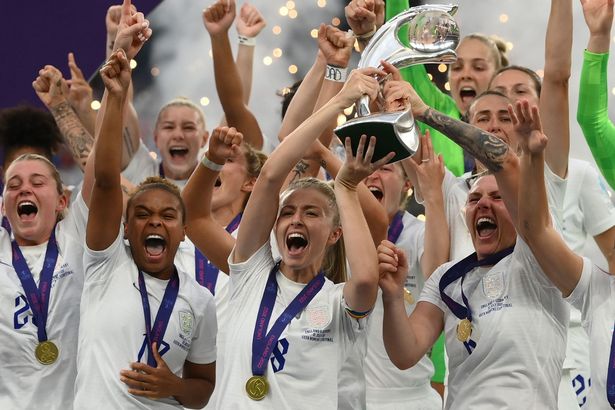 “If you really want to win and become better every single day, that’s what I have noticed the whole year. It’s been incredible. We agreed a couple of things on behaviours, they weren’t just words, we lived it. And this is the result.”

One of the heroes of the game was goalscorer Kelly, who came on as a substitute. She fired home the winner after the ball went from a corner and was fumbled by the keeper.

It was her first goal for England. “This is what dreams are made of,” she said. “As a young girl watching women’s football and now this, it’s unbelievable. These girls are special, the manager is special, and what a special group of staff. This is amazing. All my family are in the crowd. My mum, all my brothers, my sister, all my nephews, everyone. I just want to celebrate.”