This weekend KSI will return to the boxing ring for the first time since 2019 and will make history in the process. The YouTuber will fight rapper Swarmz after fellow YouTuber Alex Wassabi pulled out of their matchup citing a concussion.

However, fans in attendance will get two for the price of one as the Watford local is due to face pro boxer Luis Alcarez Pineda on the same night. Ahead of the singer’s groundbreaking evening, Express Sport will take a look at whether the 29-year-old has a partner and if they’ll be cheering him on this weekend.

Currently, KSI is single, but he was in a relationship that came to an end last year. Last November, he officially confirmed that he and his girlfriend parted ways, days after publishing a cryptic Instagram story claiming he was “single and alone.”

“Me and my girlfriend are not together anymore,” he admitted at the time. “It just didn’t work out. It’s no one’s fault, it just didn’t work out”. He continued: “But it’s okay. It happened a while ago. Drunk me decided to f**king do this, like a f**king idiot, and yeah. 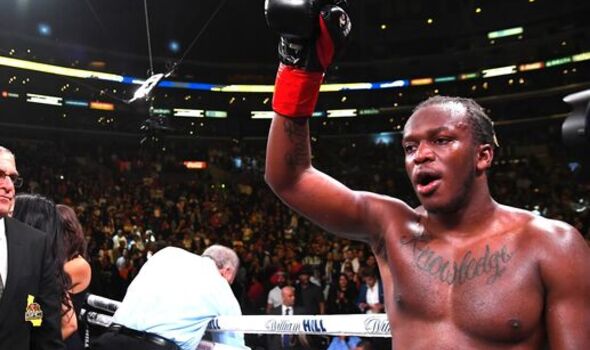 “I don’t know. It is what it is. It’s out there in the world, and I knew the internet would go crazy.” The star never revealed the identity of his partner but although much speculation was had as to who she was. Many theorised that the YouTuber was dating Anne Marie, a music artist who featured in a few of his songs, like ‘Farm Animals’ and ‘Little Bit of Fun.’ But KSI set the rumours straight in a YouTube video at the time and said: “My girlfriend doesn’t mind me working with Anne Marie, stop trying to force something.”

KSI was left reeling after Wassabi pulled out of he bout, and ripped into him at Wednsday’s press conference. He said: “I am determined, focused and I always get what I want eventually. With Alex Pussabi p*ssying out of the event, he didn’t want the smoke and he didn’t want a piece of me.

“I am fighting two boxers because I want to challenge myself. I have worked hard, I want to prove to everyone that I am someone to be reckoned with. When people realise what I can do in the ring, they will not want to call me out.”

The post KSI girlfriend: Who is the YouTube and boxing star dating ahead of Swarmz fight? first appeared on europesportsnews.com.