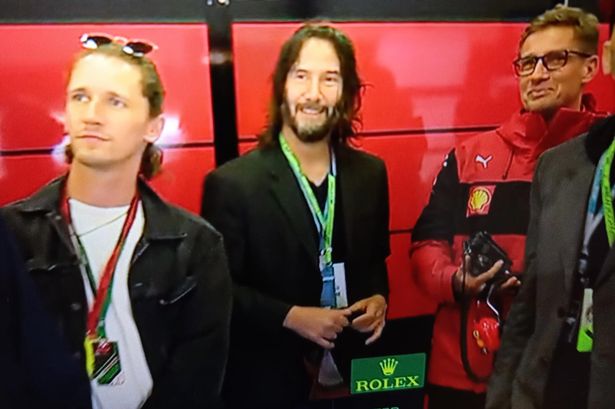 A qualifying session that started badly for Hollywood actor Keanu Reeves ended on a high as Ferrari’s Carlos Sainz took his first-ever pole position at the British Grand Prix.

The star of John Wick and The Matrix is a big motorsport fan and is at Silverstone as part of a fact-finding mission. Reeves is making a documentary about the Brawn GP team, which famously won the F1 title with Jenson Button in 2009, having almost gone out of business when Honda pulled out of the sport the previous year.

The 57-year-old has been spotted all over the paddock and is being hosted by Ross Brawn, F1’s managing director, who saved and then led the Brawn team during that 2009 season before it was bought by Mercedes.

Reeves has visited a number of F1 teams and started qualifying watching from the Aston Martin garage. Sadly for the team, which is based just over the road from the Silverstone circuit, it was a short session with drivers Sebastian Vettel and Lance Stroll both going out in Q1.

At that point, it appears Reeves made a swift exit as he was next seen on camera with a big smile on his face while stood in the Ferrari garage as Sainz pipped Red Bull’s Max Verstappen to pole. The other Ferrari of Charles Leclerc was third with Red Bull’s Sergio Perez fourth.

Who will win the British Grand Prix? Let us know in the comments section below. 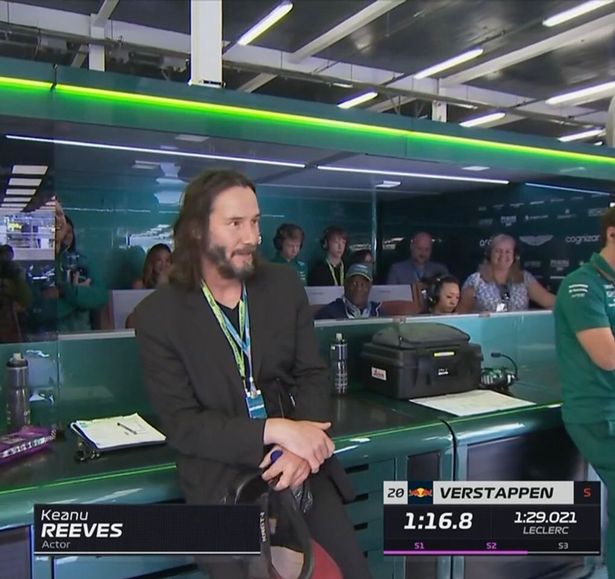 Lewis Hamilton was fifth while his teammate George Russell was eighth as Mercedes disappointed when they would have hoped to have got amongst the Red Bulls and the Ferraris.

Speaking after the session, which was run in near-constant rain, Sainz said: “It was quite a tricky qualifying with the rain. You had to be on the track at the right time. I think overall the car was working really well.

“In Q3 it's always a bit of a lottery when you have to put the fast lap in. I got caught with the yellow flag at the end of my lap, unfortunately, but I think still to be on the front row is still good for us and we have a good race car in the dry and the wet.”