Anthony Joshua has been slammed for his comments on the war in Ukraine after he labelled it "not nice" in a bizarre rant.

The Brit suffered his third career loss, and his second to Ukrainian heavyweight Oleksandr Usyk, with it taking a split decision to decide the outcome of the fight before Joshua went on to cause a scene when he threw two of Usyk's belts to the ground and stormed off. When the fighter returned to the ring, he took hold of the microphone and went on a rambling speech that left viewers baffled.

He said: "I was studying Ukraine and all the amazing champions who have come from you're amazing country bro.

"I've seen it with Lomachenko in his second fight with Orlando, there was unrest in Ukraine – right or wrong? There was issues, there was civil war.

"Vitali Klitschko when he faced Danny Williams – civil unrest. Usyk, as a champion, please raise your hands [because] under those circumstances he managed to become champion.

What do you think about Anthony Joshua's speech on the conflict in Ukraine? Let us know in the comments section 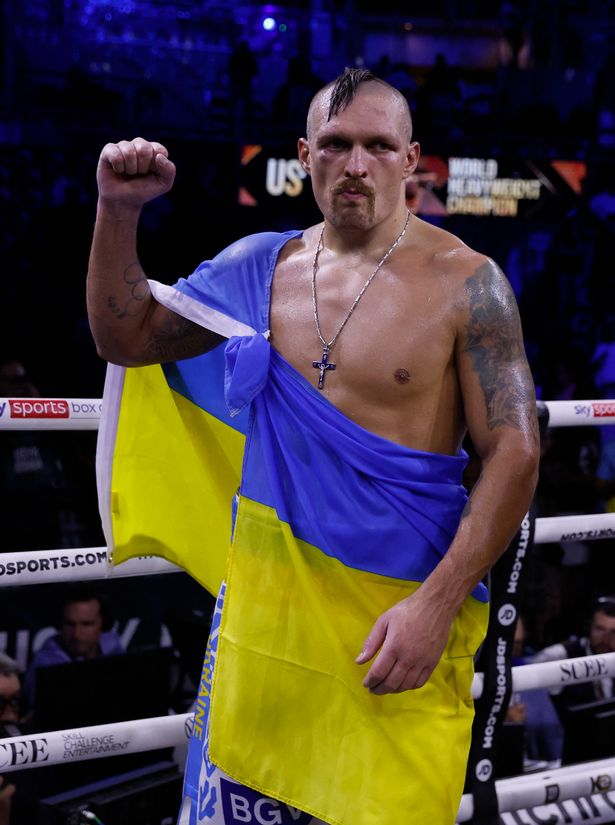 Boxing fans couldn't stop themselves from taking to social media to slate the boxer for his poorly worded rant. @charliereachplc tweeted: "That Anthony Joshua speech was unbelievably tone death and he really should apologise. He fought a good fight, but he acted like a bit of a child after that. Let Usyk have his moment, man. You lost.

@thomasgodfeyuk wrote: "Anthony Joshua on Ukraine: “I don’t know what’s happening there”. Why does he have a microphone?"

@modmuffin said: "'I don't know what's happening in Ukraine but it's not nice' We'll have more from our war correspondent Anthony Joshua later…"