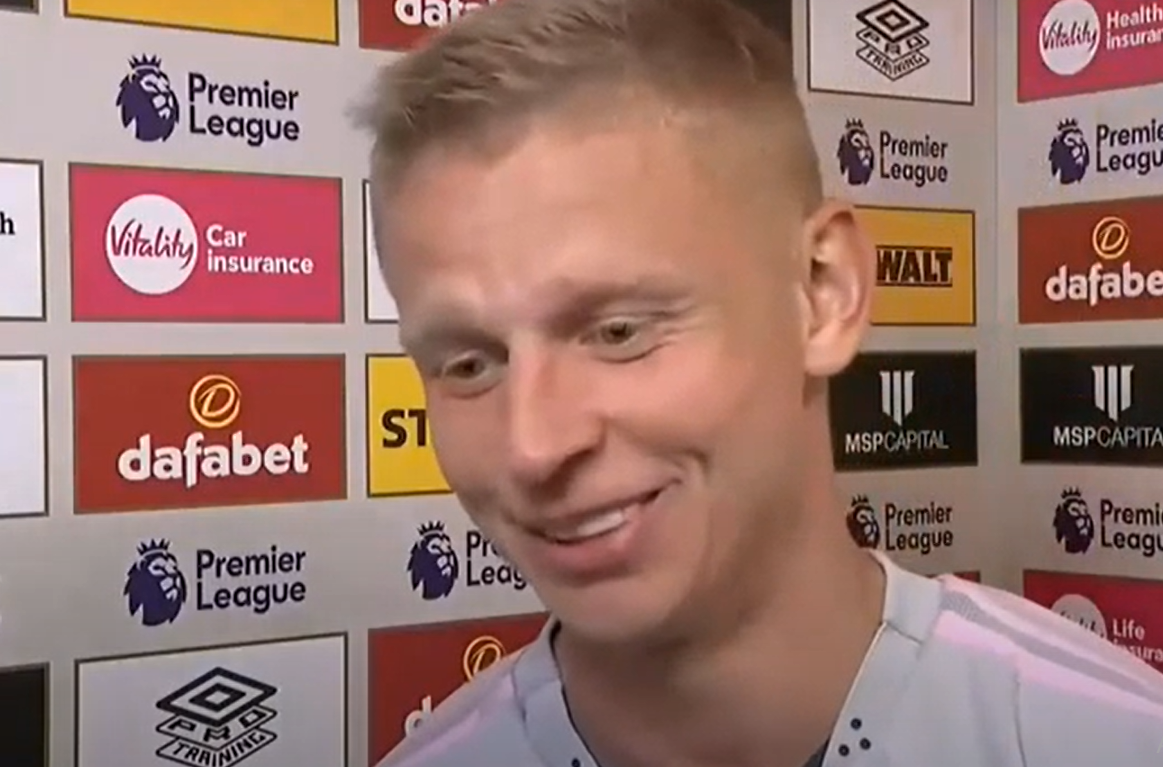 Oleksandr Zinchenko was blown away by the performance of William Saliba during Arsenal’s 3-0 win over Bournemouth.

The Gunners moved to the top of the fledgling Premier League table with their third win in succession and boast a 100% record at this stage of the season for the first time in 18 years.

Captain Martin Odegaard gave his side a dream start, scoring twice in the opening 11 minutes and Arsenal never looked like surrendering that advantage.

Bournemouth rallied briefly at the start of the second period but the points were sewn up in the 54th minute when Saliba produced the finish of a seasoned goalscorer, whipping the ball across his body with his weaker left foot and into the top corner.

The goal prompted a reaction of disbelief from Zinchenko, who sank to his knees in astonishment, and after the match the summer signing from Manchester City was quick to single out the young Frenchman for praise.

He said: ‘Oh my God, this guy is incredible. He’s unbelievable. I wish him to keep going like that.

‘Honestly, I’m not the guy who is going to judge him but it looks like he’s got unbelievable experience behind him and he’s incredible.’

After missing out on Champions League qualification in agonising fashion last season, Arsenal responded by embarking on an ambitious recruitment drive that is already yielding results.

The influence of Zinchenko and his former City teammate Gabriel Jesus has been obvious for all to see and goalkeeper Aaron Ramsdale highlighted the difference in mentality their arrivals have prompted.

He said: ‘Not many teams will come here and have that much control. Great day. Three wins from three.

‘We want to own the ball and the pitch and we did that from minute one to 45. We lost that a bit in the second half but the third goal, I don’t know where he’s pulled that from.

‘It’s crazy how our mentality has changed from the end of last season. We’re more ruthless. We saw how close we came last season [just looking out on a Champions League place to Spurs]. It took a few weeks to get over. It hurt more because it was the others down the road.

‘Zinchenko and Jesus know how to win.’