Ryan Giggs admitted to having "rough sex" with his ex-partner Kate Greville in a hotel in Dubai but denies allegations that he dragged her outside naked, a court has heard.

Former Manchester United and Wales footballer Giggs, 48, is alleged to have kicked Ms Greville out of a room at the Westin Hotel in Dubai in 2017 without any clothes on. The alleged incident relates to the controlling and coercive behaviour allegation against Giggs, which he denies.

Giggs told the court how he had finished a Futsal tournament in the Middle Eastern country and went to a private party event at a club with his agent, someone else from his agency, Katie Harvey – one of Ms Greville's bosses – and Ms Greville herself. 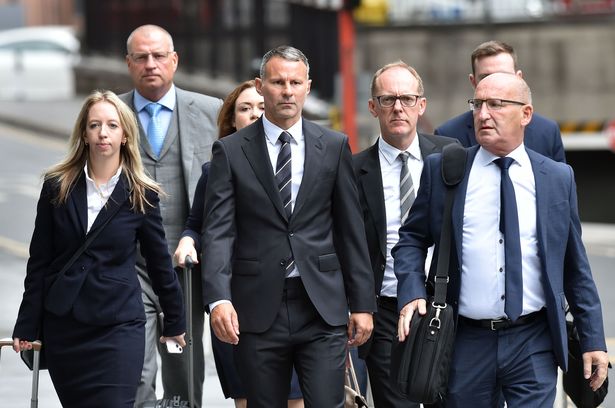 Asked what had happened at the club, Giggs said they were having a good time when he received a message on his phone from his daughter. Giggs told how he felt "irritated" after feeling "Kate [Ms Greville] looking over and wondering who I was messaging…."

Giggs said he told Ms Greville that he was messaging his daughter, Libby, but that Ms Greville didn't believe him and made reference to the love hearts that had been sent between Giggs and his daughter.

The ex-footballer then "stormed off back to the room," with Ms Greville following him shortly after. He told the court: "She came back into the room, we started arguing, I said you’re accusing me of messaging someone when it was my daughter, she didn’t like that and we got involved in an argument." 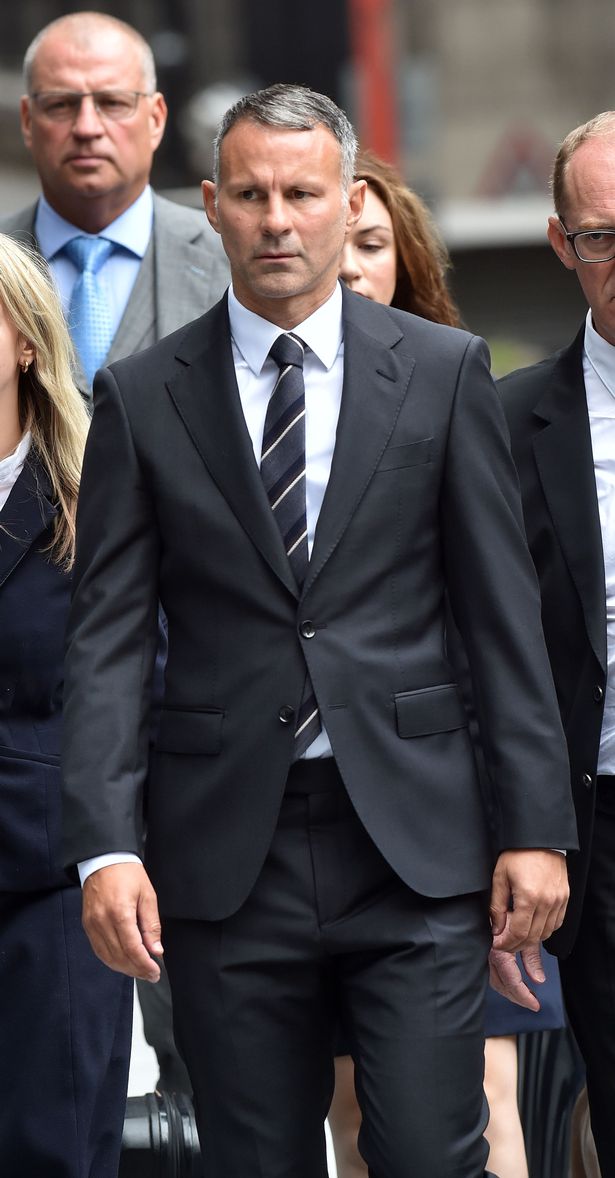 Christopher Daw QC, for Mr Giggs, then asked the former Wales manager whether there had been a "physical aspect" to the argument. Giggs replied: "No. I said I didn’t want her to stay at the hotel, and to find someone else to stay with and started packing her suitcase."

Asked if he was aware that Ms Greville had anywhere else to stay, Giggs said: "She had plenty of friends to go to… Kate was trying to stop me putting clothes and various stuff into the suitcase… I didn’t manage to shut it but was trying to usher it to the front door, not closed but with most of the clothes in."

Mr Daw then asked Giggs whether he did "anything physically" to Ms Greville. Giggs replied no. "No," he said. "We carried on arguing, Kate managed to get the case in the room. I maintained I didn’t want her to sleep with me. 'I said you’re not sleeping with me, you can sleep on the sofa'."

"The suggestion is you threw her out in the corridor with no clothes on, Is that true?," Mr Daw asked.

"No," replied Giggs. He then added that once things had calmed down, he and Ms Greville engaged in sex that they would have "quite often", labelling it "not anything weird, just rough."

Giggs told the court they would regularly engage in rough sex, especially after they had not seen each other for a long time, and that he was not aware that Ms Greville had any injuries.

Later on during day seven of the trial, Giggs agreed with Mr Daw that he and Ms Greville would send photos of themselves to each other. 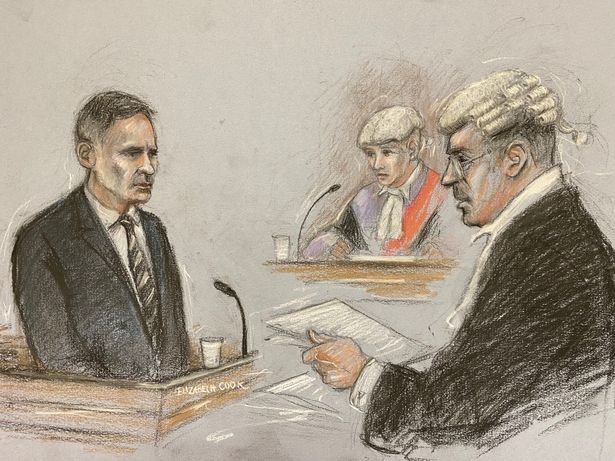 Giggs was also asked about an email he sent entitled "Blackmail" which included a video attachment, which Ms Greville believed to be a video of them having sex.

When it was later played to the court, it showed Ms Greville dancing at a Christmas party. Giggs said: “It was just a joke between me and Kate… Just Kate dancing, not embarrassingly, but something out of her nature. Acting silly at a Christmas party. It was work a event when she lived in Abu Dhabi."

Asked whether there was anything "insidious" or "threatening" about the email, Giggs replied: "No, it was a joke.”

Mr Daw said: "Would you ever share private photos or videos of yourself?" Giggs said: "Never."

The post Giggs admits ‘rough sex’ with ex but denies chucking her out of hotel room naked first appeared on europesportsnews.com.