Fans have warned Steven Gerrard and Frank Lampard they are battling again to avoid being the first Premier League manager sacked.

The legendary former midfielders have always been the focus of a tight debate over who had the better career, but it's not going well for either in the dugout currently. Lampard's Everton managed to rescue only a 1-1 draw against Nottingham Forest to register their first point of the season.

Meanwhile, Gerrard watched on as his Aston Villa side were turned over 3-1 by Crystal Palace this afternoon (August 20). They've only got three points on the board themselves having beat the Toffees last week.

The results left fans all saying the same thing. One tweeted: "This Lampard and Gerrard debate never ends. They always competing. This time for the first sack."

A second wrote: "A good player isn't a guarantee that you'll make a good manager. Lampard and Gerrard competing in the sack race."

And with the pair infamously struggling to play alongside each other for England, another joked: "Looks like Gerrard and Lampard can't manage in the Premier League together either."

Which Prem manager will be sacked first and why? Let us know in the comments section. 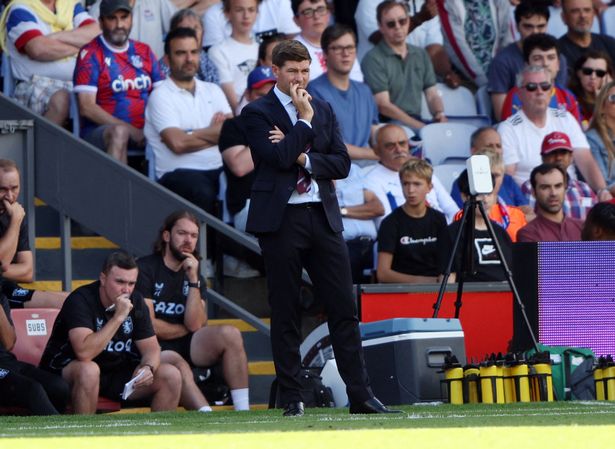 One similarly said: "Gerrard and Lampard both in trouble with these scorelines, but can't see both getting sacked at the same time. Surely when one goes, the other st-"

Gerrard will be hoping for a response when Villa play host to West Ham next Sunday (August 28), while Everton will look to get a positive result on their travels to Brentford the day before.