Chelsea’s new co-owner and acting sporting director Todd Boehly has reportedly made a phone call to Barcelona midfielder Frenkie de Jong ahead of a potential move to Stamford Bridge for the Dutchman. The Blues have held an interest in the 24-year-old alongside Manchester United, who have been in pursuit of De Jong for several months.

Thomas Tuchel’s side have been monitoring the situation surrounding De Jong, and appear to have upped their interest by contacting the player directly according to Spanish outlet Relevo. However despite Boehly’s phone call, he was not given the answer he was hoping for as De Jong reiterated his desire to fulfil his Barcelona contract.

De Jong is still owed between £14-17million from the Catalan club in deferred wages and is unlikely to leave Barcelona before being paid the money he is owed in full, as Xavi’s side are in need of a big sale this summer in order to register all their new signings.

The cash-strapped club have brought in Robert Lewandowski, Raphinha, Jules Kounde, Franck Kessie and Andreas Christensen this summer but it remains to be seen whether they will be able to feature in La Liga this season and if the club can comply with the league’s financial rules. 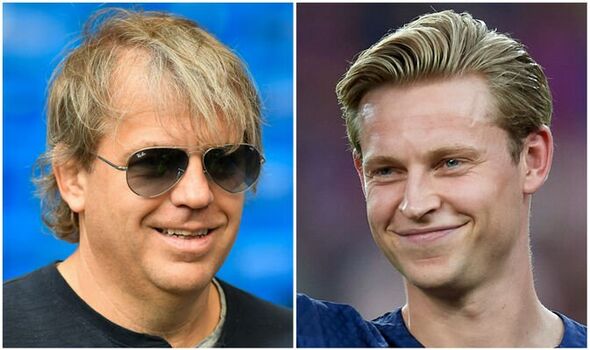 Despite being told that De Jong wants to stay in Spain, Boehly and Chelsea reportedly will not give up on the potential signing. The west London side have already spent big this summer in signing Raheem Sterling, Kalidou Koulibaly, Marc Cucurella, Carney Chukwuemeka and Gabriel Slonina and are set to continue as they pursue De Jong and Leicester defender Wesley Fofana, who is valued at £80m.

United had reportedly agreed a fee of £71m for De Jong but no deal appears to be close to completion, while Chelsea may be a more intriguing prospect for the midfielder as they can offer Champions League football this season. 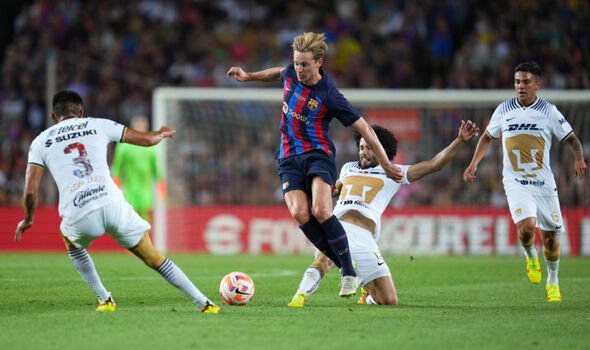 Boehly has taken charge of transfers at Stamford Bridge this season, and made another personal touch to convince Marc Cucurella to join Chelsea after negotiations broke down between Manchester City and Brighton.

The Spanish full-back was sent an invitation to Boehly’s villa in Mykonos, where the American businessman is spending his summer with his family according to The Athletic, and personal terms were discussed there ahead of a deal that could reach £62m.

Boehly will hope that his phone call with De Jong can have a similarly persuasive effect on the player, who does not want to leave Barcelona but the club’s chiefs have reportedly urged him to leave and even claimed they had found evidence of criminality over the contract extension he signed in 2020, and are attempting to revert his deal to the previous one he had at the club according to reports.