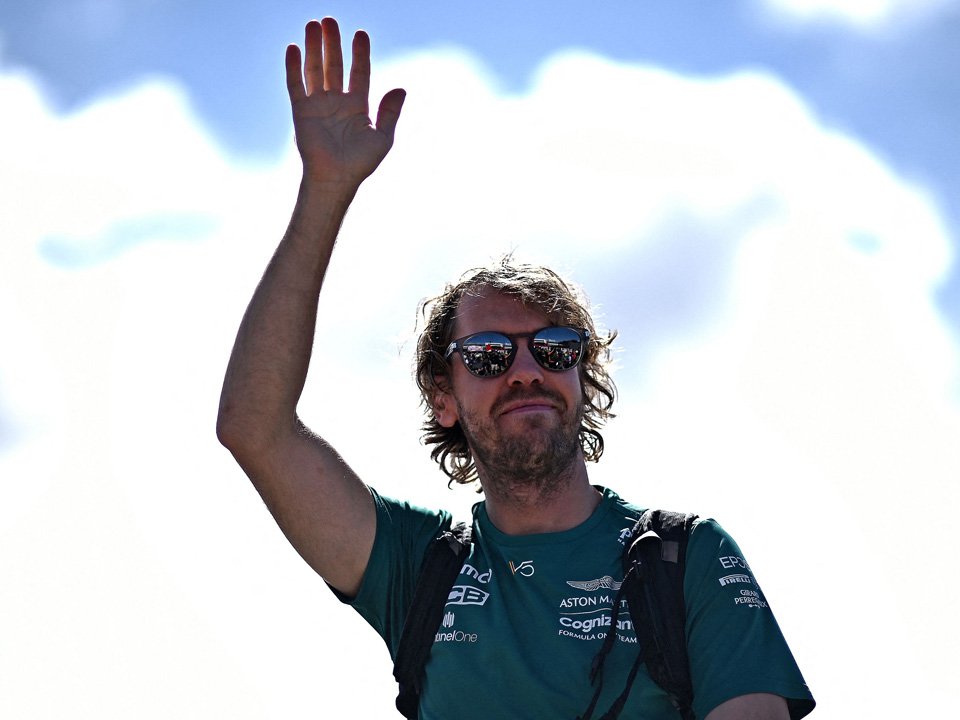 Sebastian Vettel has announced he will retire from Formula 1 at the end of the 2022 season.

The Aston Martin driver’s contract was up at the end of the year but reports suggested the team were hoping to keep the German for the foreseeable future.

But in a statement released on his instagram page on Thursday, the four-time world champion confirmed that he would be retiring after 15 years in F1.

‘I have had the privilege of working with many fantastic people in Formula One over the past 15 years – there are far too many to mention and thank,’ Vettel said.

‘Over the past two years I have been an Aston Martin driver – and, although our results have not been as good as we had hoped, it is very clear to me that everything is being put together that a team needs to race at the very highest level for years to come.

‘I have really enjoyed working with such a great bunch of people. Everyone – Lawrence [Stroll], Lance [Stroll], Martin [Whitmarsh], Mike [Krack], the senior managers, the engineers, the mechanics and the rest of the team – is ambitious, capable, expert, committed and friendly, and I wish them all well.

‘I hope that the work I did last year and am continuing to do this year will be helpful in the development of a team that will win in the future, and I will work as hard as I can between now and the end of the year with that goal in mind, giving as always my best in the last 10 races.

‘The decision to retire has been a difficult one for me to take, and I have spent a lot of time thinking about it; at the end of the year I want to take some more time to reflect on what I will focus on next; it is very clear to me that, being a father, I want to spend more time with my family. But today is not about saying goodbye.

‘Rather, it is about saying thank you – to everyone – not least to the fans, without whose passionate support Formula One could not exist.’

Vettel made his Formula 1 debut midway through the 2007 season, as a stand-in for the injured Robert Kubica, and instantly impressed, scoring a point on his debut to become the then-youngest driver to score points.

Soon after, he moved to the Red Bull B-team Toro Rosso, and the following year stunned the world when he won the Italian Grand Prix, at a soaking wet Monza, a drive still considered one of, if not Vettel’s best ever.

He moved to the Red Bull senior team in 2009, and after finishing runner-up to Jenson Button that year would go onto win the next four championships in a row, breaking numerous records in the process.

After a very disappointing 2014 campaign however, he switched to Ferrari, emulating his hero, the seven-time champion Michael Schumacher and going onto have further success with the Scuderia.

He challenged for the title again in 2017 and 2018 but but despite leading both championships at the halfway stage, he would eventually lose out to Sir Lewis Hamilton.

With newcomer Charles Leclerc beginning to upstage him, Vettel took the bold decision to move to switch to newly rebranded Aston Martin for 2021 in order to help the mid-table team advance up the grid, but their car has been largely uncompetitive, with the 35-year-old currently 14th in the standings.

One of the most experienced and successful drivers in F1 history, at the time of writing Vettel’s career stands at 290 races, 53 wins, 57 poles and 122 podiums.