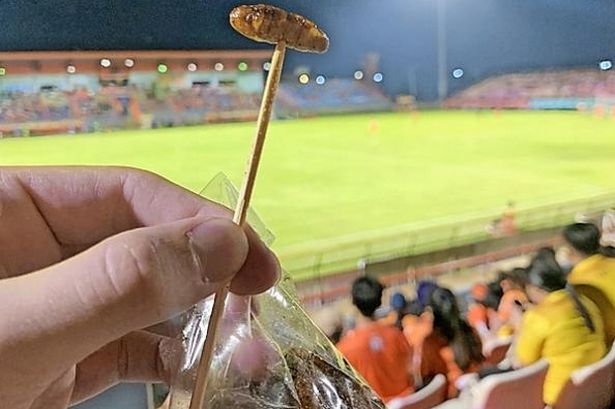 Hungry football fans are swapping their traditional half-time pie for a bag of juicy maggots.

A chunky grub was shown impaled on a cocktail stick moments before being wolfed down on the terraces. A wise-cracking supporter joked: “Still better than a hotdog at Arsenal.’’ Another wrote: “Would be £4.50 at West Ham Stadium.” And one quipped: “Where’s the gravy?’’

The mid-match meals are on offer to supporters at Sukhothai FC in Thailand.

One fan tweeted a photo of a bag of grubs they bought for 20 Thai bhat – about 40p – at the club’s Thalay Luang Stadium.

What's your favourite food to eat at a football match – and what grub do you wish would be normal to have at a game? Let us know in the comments section. 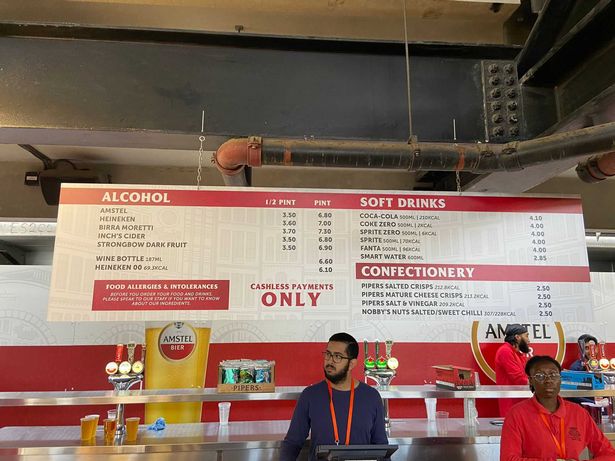 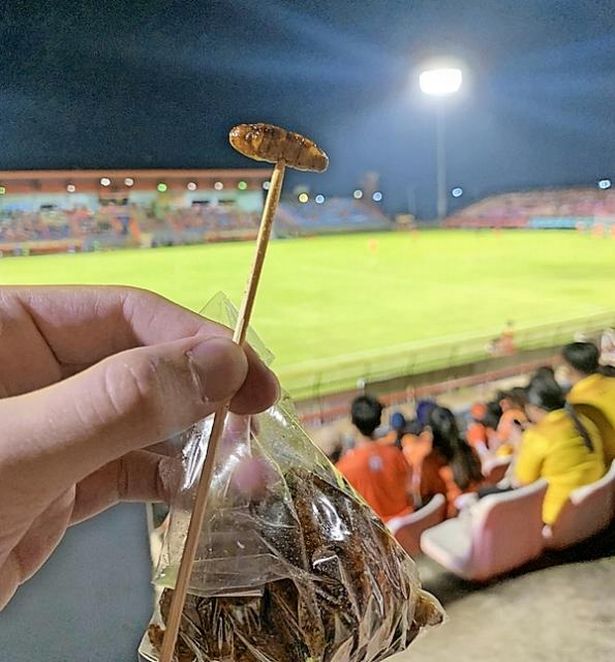 The website states: “Insects are low in calories, high in protein and extremely nutritious. Normally fried insects in Thailand are served with some white pepper and soy sauce. Many people love to eat it as a snack with beer.”

The image went viral after it featured on the FootyScran Twitter feed, on which supporters post photos of their tastiest and least favourite half-time treats. Sukhothai FC were promoted to T1 – the nation’s top tier – this year.