Wesley Fofana has been forced to train with Leicester City's Under-23s as his Chelsea transfer saga rumbles on.

The French defender has his heart set on a move to Stamford Bridge, with Leicester having so far rejected three bids from Chelsea for his services, including one on Tuesday consisting of a £60million initial fee and £10million worth of add-ons. Having not turned up to a first-team training session last week, Fofana was left out of the squad by Brendan Rodgers for the loss to Southampton on Saturday.

He has since been punished further, with Rodgers making the 21-year-old train with the club's development squad.

Speaking after the Foxes' penalty shoot-out win over Stockport County on Tuesday, Rodgers explained, via the Leicester Mercury: “An offer has gone in and has been rejected.

“That will be the club’s decision. It’s ultimately over my head, when he goes, what the valuation is, and whether the clubs can find an agreement.

“From a football perspective, if it happens, the sooner the better, because it might allow us to do some work. The club are aware as time goes on that it becomes more difficult but the valuation needs to be met for Top and the other board members to be happy.

Should Leicester City allow Wesley Fofana to leave the club? Let us know in the comments section below. 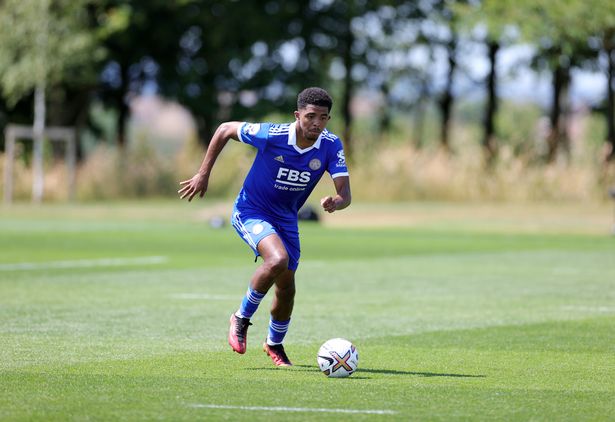 “He’s a good kid, Wesley, it’s just been a real challenging situation for him. I’ve had it a number of times in my career where players can cope with it and get on and want to help their team-mates. There are others that can’t deal with the distraction. That distracts them, it’s not quite right, and then they miss a training session.

“These guys get well paid, the very least you can do is turn up. If you don’t, with all respect you can’t just walk into our group. Day to day, he’s a good kid, but it’s been hard for him to deal with everything while he is in the right frame of mind. It’s been difficult for him to play.

“He didn’t turn up for training one day. That was last week, hence the reason for the weekend and not being involved.”

Rodgers has also suggested that Fofana could return for Leicester at the weekend, with his side travelling to London to face Chelsea on Saturday.

However, the former Saint-Etienne man will not be included if he is still training with the under-21s come the end of the week.

The post Fofana forced to train with Leicester’s U23s as Chelsea transfer saga rumbles on first appeared on europesportsnews.com.